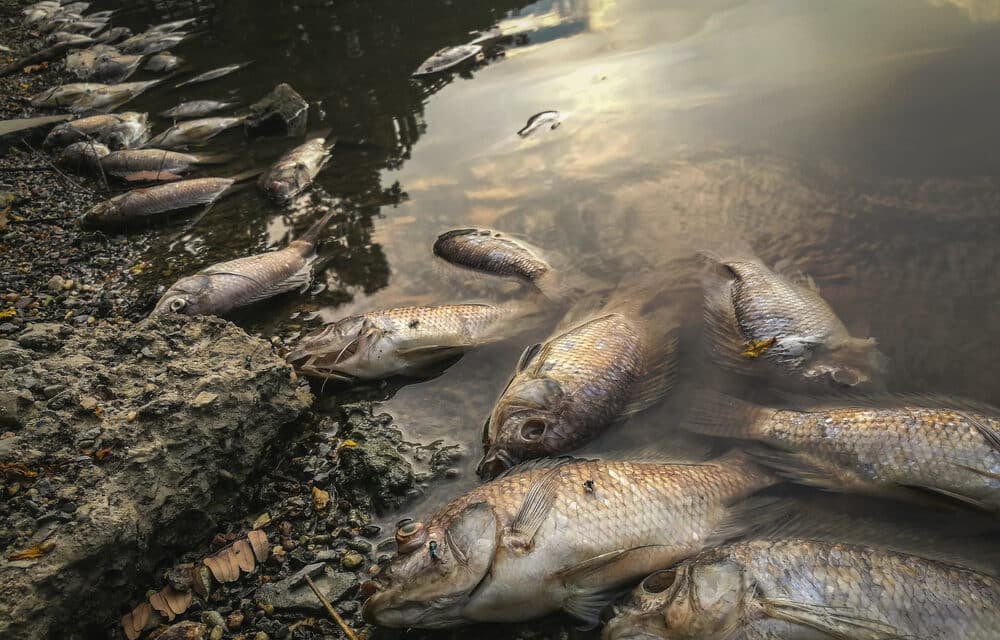 “Tens of thousands” of dead fish have washed up along the Klamath River in the area of Happy Camp in northern California this week — a phenomenon that’s tied to a dangerous combination of flash flooding and the McKinney Fire that’s burning in the area, according to Craig Tucker, a policy advocate for the Karuk Tribe.

The blaze, which has killed at least four people, erupted on July 29 in the Klamath National Forest near the Oregon border. It’s the largest wildfire in California so far this year. Meanwhile, intense thunderstorms and heavy rains that rolled through the region this week prompted a flash flood warning for Klamath River from the National Weather Service on Tuesday.

Officials warned that areas that had been burned by the wildfire were at higher risk of floods and mudflows — because of the lack of vegetation that would have otherwise been there to help absorb the water. According to the US Geological Survey, “fast-moving, highly destructive debris flows” caused by heavy rainfall are “one of the most dangerous post-fire hazards.”

According to a news release from the Karuk Tribe, their preliminary observations suggest “massive debris flows” following the flash floods in areas impacted by the blaze are the cause of the dead fish. “We know the dissolved oxygen in the river plummeted two nights in a row as these pulses of mud hit the main stem of the river, so it is very clear to us that we had a high-intensity fire and then we had a flash flooding event kind of come behind the fire and it just rushed ash and debris and mud into the river,” Tucker told CNN on Saturday.

“Virtually everything in the river died,” he said, adding that they don’t yet know for how many miles of the river the dead fish stretch as the area is still largely restricted because of the blaze. “We are trying to work with the incident command for these wildfires to do a real assessment,” Tucker said. “We see there are thousands of fish floating downstream, but we really are having a difficult time figuring out how bad it is.”

Dead fish have been seen as far as 20 miles from the source of the debris flow, the tribe’s news release said. “The severity of the event is impossible to characterize until biologists can make direct observations in currently restricted areas,” the release said, adding it’s unknown how this might affect the fall migration of Chinook salmon, which is just starting.