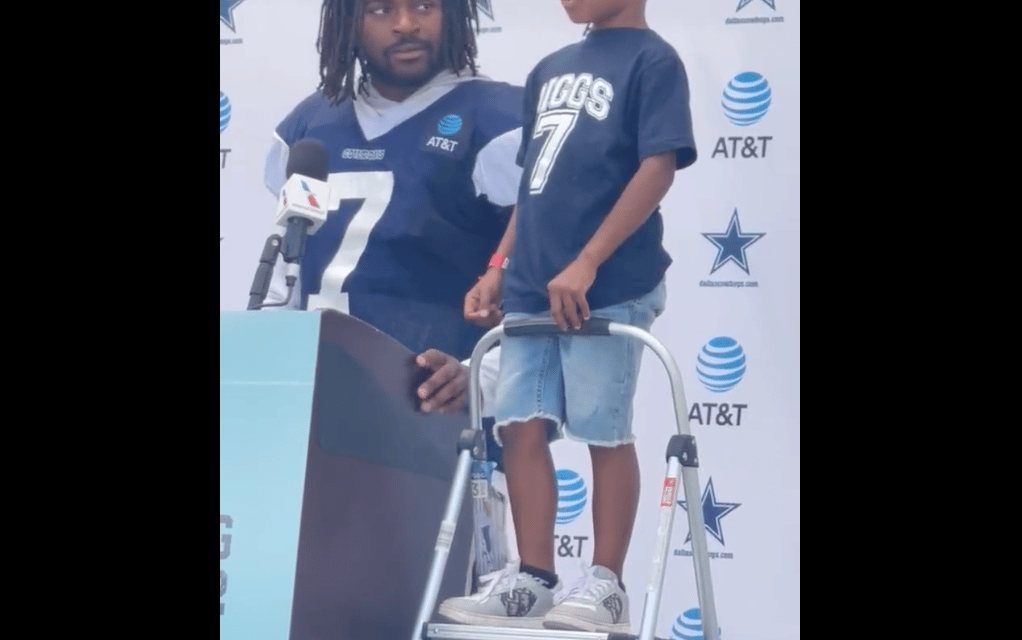 (OPINION) It’s been a rough training camp for Trevon Diggs. To help the Dallas Cowboys cornerback deal with the negative media attention, Diggs brought his 5-year-old son, Aaiden, to his press conference on Monday.

Aaiden delivered a message that almost everyone can get behind: “I love the whole world, I love God and Jesus and I love my family.” That message was shared by the Dallas Cowboys’ official Twitter page:

However, apparently, the NFL isn’t “everyone.” The league’s official Twitter account also shared the video of the young Diggs, which included the line about “God” and “Jesus” but they decided to edit his quote in the tweet:

The NFL’s tweet put a period at the end of “whole world” as though that was the end of his quote, though it clearly was not. We went looking to see who else had shared the video with a quote, and if anyone else of note wrote it in this particular manner. Every reporter that we found printed Aaiden’s quote in its entirety, including USA Today reporter Jori Epstein: READ MORE