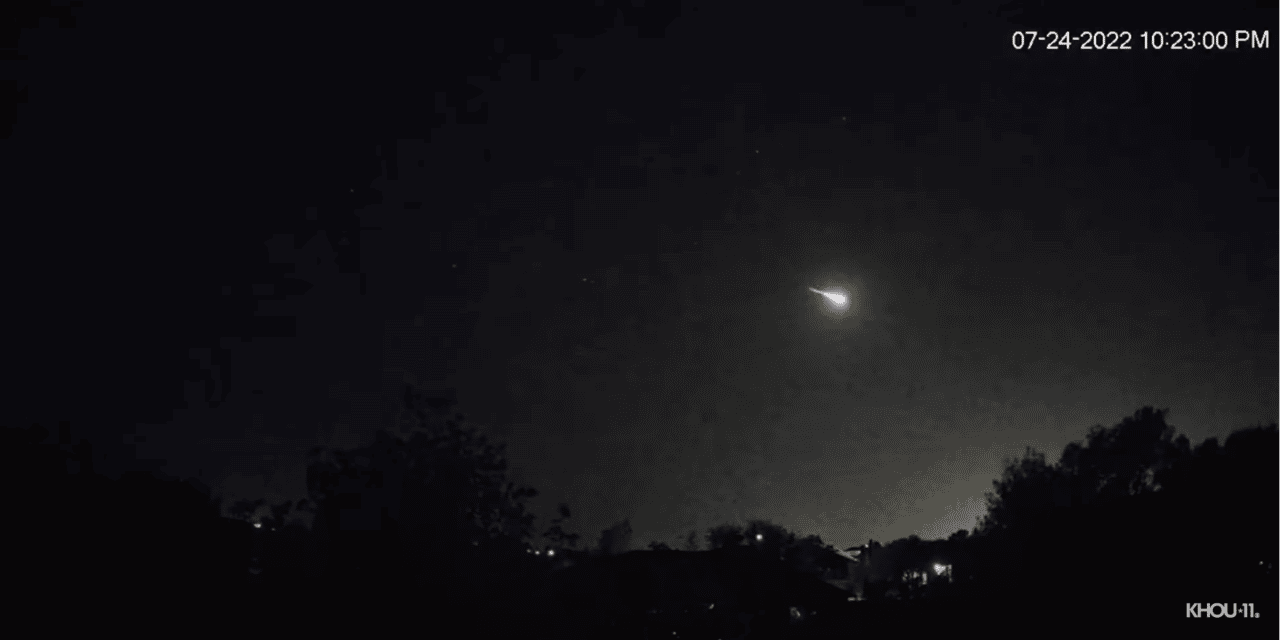 A pair of brilliant fireballs lit up skies over the central United States this past weekend, including one caused by a bolide big enough to trigger a sonic boom over parts of Texas on Sunday night.

Fireballs, or unusually bright meteors, are actually small space rocks slamming into our atmosphere at dizzyingly high speeds and burning up in dramatic fashion from the resulting friction.

The American Meteor Society received over 150 reports of one such meteor seen by night owls up at 1:52 a.m. ET Friday. Most of the sightings were reported or recorded from Indiana, but the sizzling space detritus was seen from as far off as northern Alabama and Wisconsin.

Just two nights later, at 10:52 p.m. CT Sunday, over 200 eyewitnesses reported seeing and even hearing a larger meteor above Texas. “Several witnesses near the flight path reported hearing a delayed sonic boom, indicating that meteorites from this fireball may have survived down to the ground,” Robert Lunsford of the AMS wrote in a report.

Computer models of the fireball’s trajectory indicate that it entered our atmosphere above rural Texas to the southeast of Austin. It then zipped over the metro area and burned out just a few miles to the west of Austin.

While most meteors that create fleeting shooting stars as they burn up are the size of pebbles before they strike our atmosphere, Lunsford estimates that the fireball over Austin may have initially been the size of a small car, whipping through space at more than 10 miles per second before encountering our planet.

Most meteors completely burn up in the upper atmosphere, but as this larger object careened toward Earth’s surface, all the heat from its collision with our atmosphere likely burned away all but the smallest fragments. READ MORE