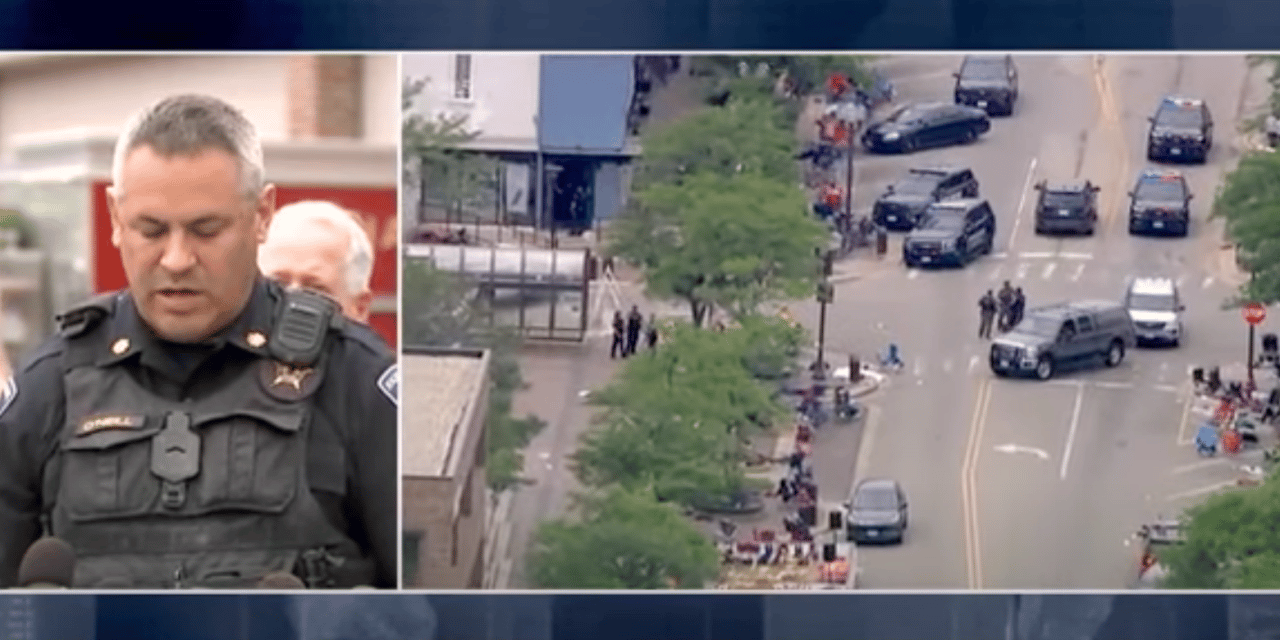 Six people were killed and more than two dozen others wounded when a gunman started firing a high-powered rifle from a rooftop 10 minutes after the Highland Park Fourth of July parade kicked off Monday morning, authorities said.

Authorities continued to hunt Monday afternoon for the shooter, and “the offender still has not been apprehended so far,” Christopher Covelli of the Lake County sheriff’s office and the Lake County major crimes task force said at a news conference around 2:15 p.m., four hours after the shooting.

The gunman used “a high-powered rifle,” Covelli said and fired from a rooftop “He was very discreet and very difficult to see.” He called the crime “very random, very intentional,” and he called it “a very sad day.”

Advertisement
NorthShore University Health System said 26 people were taken to Highland Park Hospital and five to Evanston Hospital, the “vast majority” being treated for gunshot wounds, though some “sustained injuries as a result of the ensuing chaos at the parade.”

One witness said he counted more than 20 shots. Miles Zaremski, a Highland Park resident, told the Chicago Sun-Times: “I heard 20 to 25 shots, which were in rapid succession. So it couldn’t have been just a handgun or a shotgun.” Zaremski said he saw “people in that area that got shot,” including “a woman covered with blood . . . She did not survive.”

As they fled the parade route on Central Street in downtown Highland Park, panicked parade-goers left behind chairs, baby strollers, and blankets as they sought cover, not knowing just what happened. Even as people ran, a klezmer band, seemingly unaware of the gunfire, continued to play.