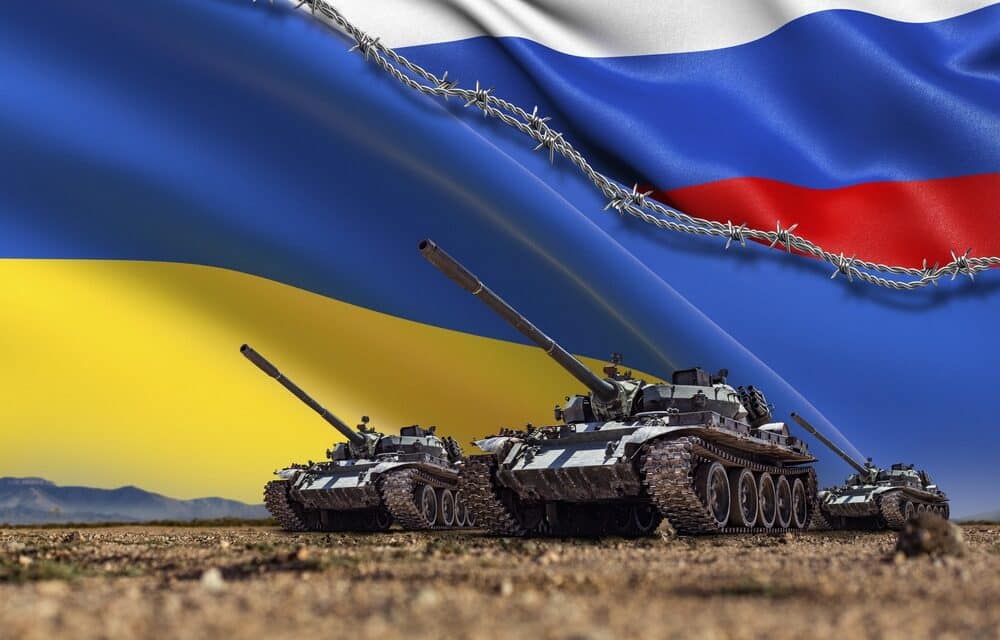 In an indication that Russian forces were ending what they called an operational pause in their invasion of Ukraine, the defense minister of Russia, Sergei K. Shoigu, on Saturday ordered his forces to intensify attacks “in all operational sectors” of the war.

As the Ukrainian government disclosed modest new ground attacks by Russian forces, the Russian defense ministry said in a statement that Mr. Shoigu had instructed that combat be intensified to stop Ukraine from shelling civilian areas in Russian-occupied territory.

After deadly Russian missile strikes across Ukraine in recent days that killed civilians, the statement was a new signal from Moscow that its invasion may be entering a more aggressive phase.

Mr. Shoigu’s statement appeared to be a response to Ukraine’s new ability to hit Russian targets in occupied areas due to more advanced, longer-range Western weapons, like the American HIMARS precision-guided rocket systems and the French Caesar artillery pieces. Ukraine claims to have hit at least 30 Russian ammunition and logistics sites with the new longer-range weapons in the last two weeks.

Earlier this month, the Russian president, Vladimir V. Putin, suggested to lawmakers that Russia would escalate the war. “Everyone should know that, by and large, we have not started anything seriously yet,” Mr. Putin said.

There were signs of new ground fighting in the hotly contested Donbas region, where Russian forces have taken one of its provinces, Luhansk, and are trying to take the rest of another, Donetsk, as well. Ukrainian military and regional officials reported five probing attacks along the crescent-shaped frontline in the Donbas.

Ukrainian troops using “heavy fire” repelled a renewed overnight ground assault to capture the main road link between the cities of Lysychansk and Bakhmut, said Serhii Haidai, the military governor of Luhansk, an assertion echoed in a report on Saturday by Ukraine’s general staff. The road has been bitterly contested for months.

The latest analysis by the Institute for the Study of War said Russian forces were “likely emerging from their operational pause,” citing a series of limited ground assaults northwest of Sloviansk, southeast of Siversk, along the Bakhmut-Lysychansk highway and southwest of the city of Donetsk. “These assaults may indicate that Russian forces are attempting to resume their offensive operations in Donbas,” the analysis said, while noting that “the assaults are still small-scale and were largely unsuccessful.”

Some soldiers serving on frontline positions in the Donetsk region question whether the Russians ever actually paused, saying they have been under constant attack, on the ground and with artillery and aerial bombardment.

The sound of heavy explosions is often audible from the frontline cities of Sloviansk and Bakhmut. Smoke from fires dots the horizon south and east of Bakhmut, where Russian forces have been trying to advance.

A rocket hit a small fruit and vegetable market in Bakhmut on Friday afternoon, wounding several people. Early Saturday, three more rockets struck a factory and a house in Kostiantynivka, but without causing any casualties. “My café is broken, factories are smashed, everything is closed,” said Vitaliy, 40, as he repaired the boards on his café windows the day after the blast. “There is nothing left. What will the people buy?”

In the early hours of Saturday, at least three civilians were killed and three more were injured in a Russian rocket strike on the northern Ukrainian city of Chuhuiv, about 75 miles from the Russian border, the regional police said.