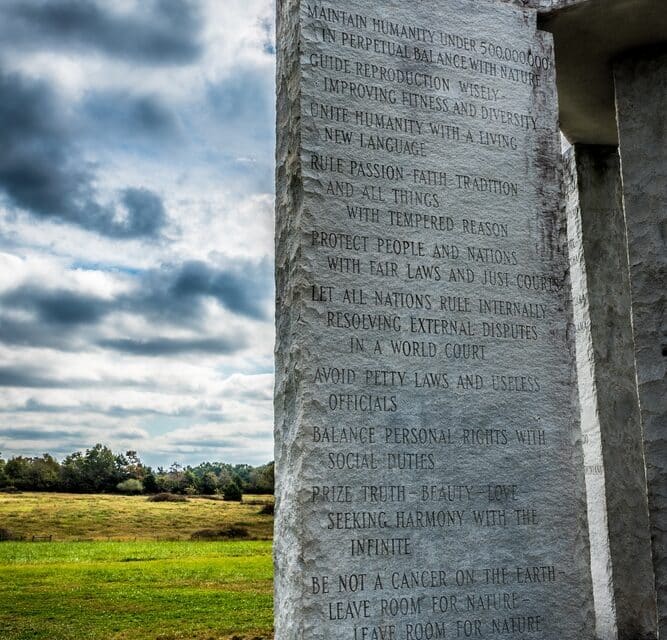 Police in Georgia reportedly are investigating an explosion Wednesday targeting the Georgia Guidestones monument, which the state says is known as “America’s Stonehenge.”

Images circulating on social media purportedly show significant damage to the granite tourist attraction in northeastern Elbert County. The Elbert County Sheriff’s Office is among the law enforcement agencies investigating and a bomb squad has been called to the scene, according to Fox5 Atlanta.

“Known as America’s Stonehenge, this 19-foot-high monument displays a 10-part message espousing the conservation of mankind and future generations in 12 languages,” according to a description on the state of Georgia’s tourism website.

“The Guidestones also serve as an astronomical calendar, and every day at noon the sun shines through a narrow hole in the
structure and illuminates the day’s date on an engraving,” the tourism website continued.

The enigmatic roadside attraction was built in 1980 from local granite, commissioned by an unknown person or group under the name R.C. Christian. The 19-foot-high (6-meter-high) panels bear a 10-part message in eight different languages with guidance for living in an “age of reason.”

One part calls for keeping world population at 500 million or below, while another calls to “guide reproduction wisely — improving fitness and diversity.” It also serves as a sundial and astronomical calendar.

The roadside attraction received renewed attention during Georgia’s May 24 gubernatorial primary when third-place Republican candidate Kandiss Taylor claimed the guidestones are satanic and made demolishing them part of her platform.