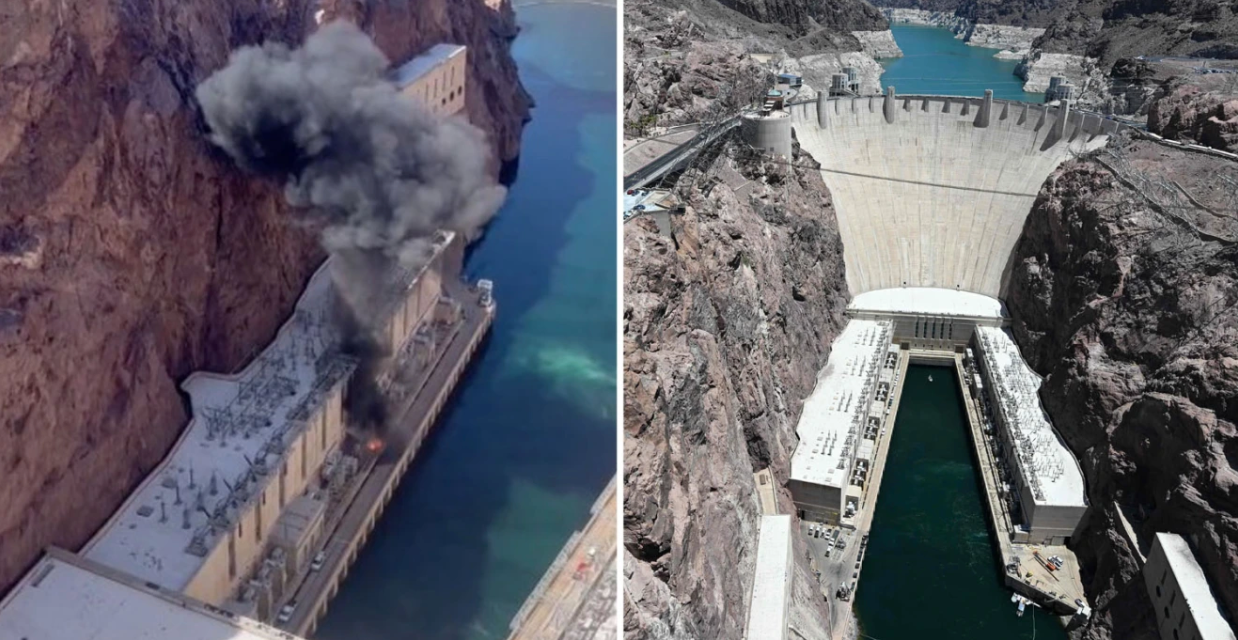 An explosion at the Hoover Dam has been captured on video as thick black smoke can be seen billowing from the historic landmark. Footage posted on social media shows a giant fireball rising at the Nevada monument on Tuesday morning.

According to TheSun, The Boulder City Police Department confirmed to The US Sun they have units en route to the scene following an explosion at the dam. A tourist visiting the site captured a video showing the fire may have occurred in a building near the dam’s base.

However, cops have yet to determine what part of the dam the explosion took place. A second video on Twitter shows visitors on a bridge overlooking the dam’s blaze with sirens ringing in the background.

BCPD said Boulder City Fire units are currently at the scene. Built between 1931 and 1936 during the Great Depression, the Hoover Dam was built to provide irrigation water, and hydroelectric power and to control seasonal flooding of the Colorado River.

The landmark is one of the nation’s largest hydroelectric facilities, generating on average about four billion kilowatt-hours of hydroelectric power each year. The generated electricity is enough to serve more than 1.3 million people across Nevada, Arizona and California.