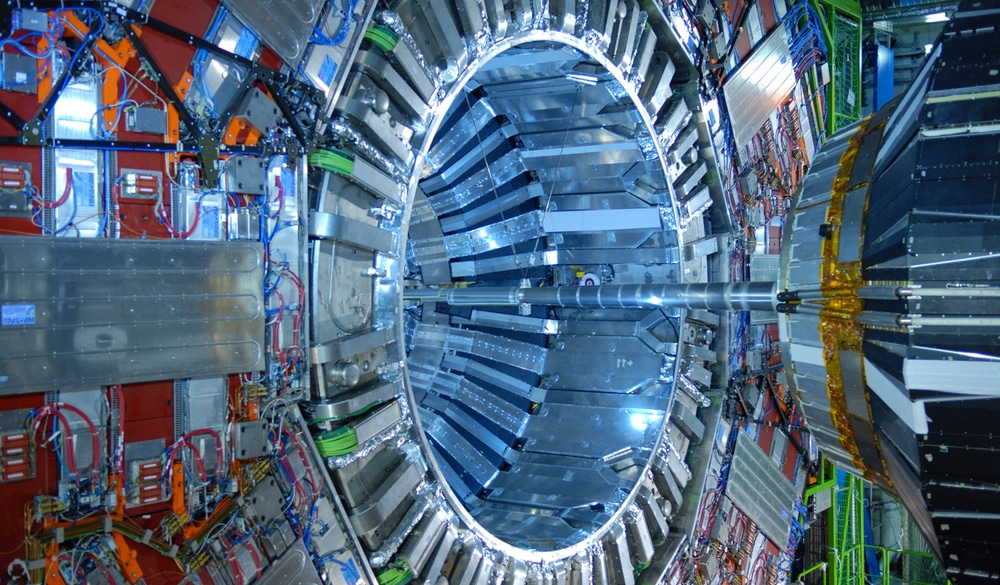 A decade ago, the Large Hadron Collider, Earth’s most powerful particle accelerator, proved the existence of an subatomic particle called the Higgs boson — thought to be a fundamental building block of the universe dating back to the big bang billions of years ago.

According to CNN, Now, physicists at the European Organization for Nuclear Research (CERN) on the Swiss-French border are restarting the collider with the aim of understanding more about the Higgs boson, other subatomic particles, and the mysteries of dark matter — an invisible and elusive substance that can’t be seen because it doesn’t absorb, reflect or emit any light.

Consisting of a ring 27 kilometers (16.7 miles) in circumference, the Large Hadron Collider — located deep underneath the Alps — is made of superconducting magnets chilled to ‑271.3°C (-456 F), which is colder than outer space. It works by smashing tiny particles together to allow scientists to observe them and see what’s inside.

Proton beams have already been circulating in the accelerator complex since April when it was switched on after being closed for three years of maintenance and upgrades. On Tuesday, scientists at CERN will begin collecting data for their experiments, and the Large Hadron Collider will run around the clock for almost four years.

It’s the third run for the massive machine, with greater precision and discovery potential than ever before thanks to the upgraded data readout and selection systems, as well as new detector systems and computing infrastructure. “When we do research we hope that we will find something unexpected, a surprise. That would be the best result.

But of course, the answer is in the hands of nature, and it depends on how nature answers open questions in fundamental physics,” said Fabiola Gianotti, CERN Director-General, in a video posted on CERN’s website.