(WATCH) Amtrak passenger train derails in Missouri with 243 on board, Multiple fatalities and Injuries reported 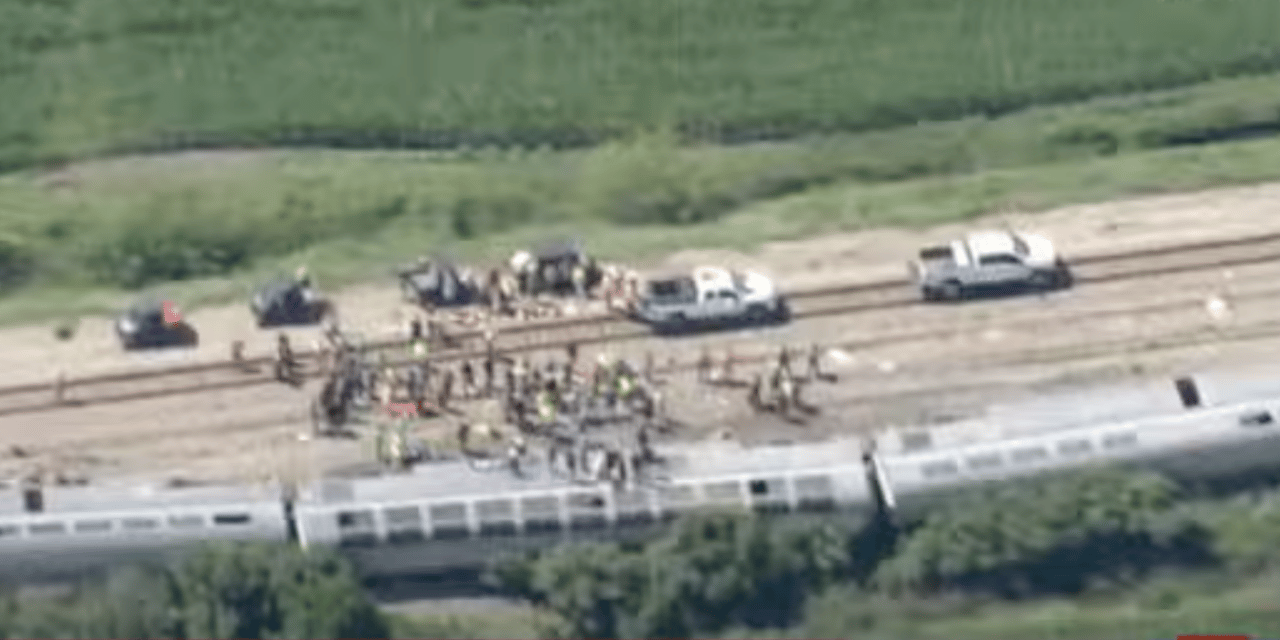 KMBC has confirmed that an Amtrak passenger train has derailed in rural Missouri early Monday afternoon. Several train cars can be seen on their side in photos posted to social media shortly after the incident.

The crash appears to have taken place near Mendon, Missouri. Amtrak has confirmed that several cars derailed on train four traveling from Los Angeles to Chicago after striking a dump truck at a public crossing in Mendon, Missouri, at 1:42 pm. There were approximately 243 passengers onboard with early reports of injuries.

Local authorities are currently assisting riders; Amtrak says it has deployed resources to help. Information on injuries or potential fatalities has yet to be confirmed by emergency services or other authorities. Rider Ron Goulet of Flagstaff, Arizona, said he suspected the collision was a “mass casualty event” in an interview with The Daily Beast.

“Every seat was sold out full, and they were packing people into the observation car because they were so full,” Goulet told the outlet as he rode in a bus carrying survivors to a local school for shelter. “There are plenty of people on back boards being taken [away] by paramedics.” Goulet added, “There are no doubt people still trapped on that train. They’re starting to cut it apart now.”

Photos of the crash scene showed several train cars turned over alongside the tracks — and several people splayed out on the train’s upright side. The crash marked Amtrak’s second derailment in two days after a train collided with a car in California, killing three people.