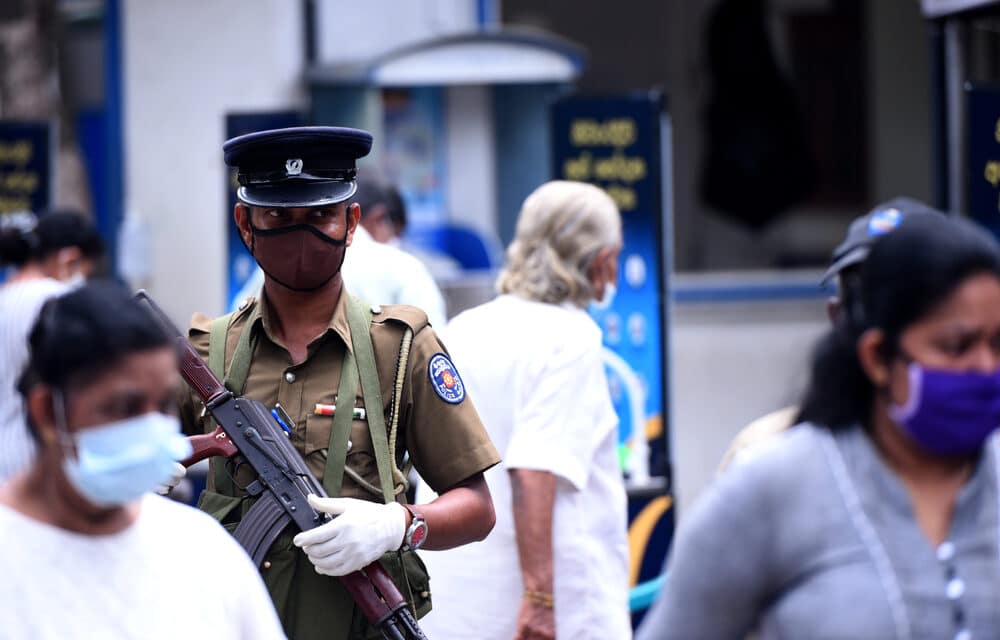 Sri Lanka’s debt-laden economy has “collapsed” after months of shortages of food, fuel, and electricity, the prime minister told lawmakers in comments that underscored the country’s dire situation as it seeks help from international lenders. Ranil Wickremesinghe told parliament the South Asian nation faces “a far more serious situation” than the shortages alone, and he warned of “a possible fall to rock bottom.”

“Our economy has completely collapsed,” he said on Wednesday. The crisis on the island of 22 million is considered its worst in recent memory, but Wickremesinghe did not cite any specific new developments.

An Indian worker walks past the packages of essential medicines that are being shipped to Sri Lanka amid the country’s ongoing economic crisis. His comments appeared intended to emphasize to critics and opposition lawmakers that he has inherited a difficult task that cannot be fixed quickly.

“He’s setting expectations really, really low,” said Anit Mukherjee, a policy fellow, an economist at the Center for Global Development in Washington. Wickremesinghe’s remarks also sent a message to potential lenders. “You can’t let a country of such strategic importance collapse,“ said Mukherjee, who noted that Sri Lanka sits in one of the world’s busiest shipping lanes.

The Sri Lankan economy is foundering under the weight of heavy debts, lost tourism revenue, and other effects of the pandemic, as well as surging costs for commodities. The result is a country hurtling towards bankruptcy, with hardly any money to import gasoline, milk, cooking gas, and toilet paper.

Lawmakers from the two main opposition parties are boycotting parliament this week to protest against Wickremesinghe, who became prime minister just over a month ago and is also finance minister, for failing to deliver on his pledges to turn the economy around.

Wickremesinghe said Sri Lanka is unable to purchase imported fuel due to heavy debt owed by its petroleum corporation. The Ceylon Petroleum Corporation is $700m in debt, he told lawmakers. “As a result, no country or organization in the world is willing to provide fuel to us. They are even reluctant to provide fuel for cash.”