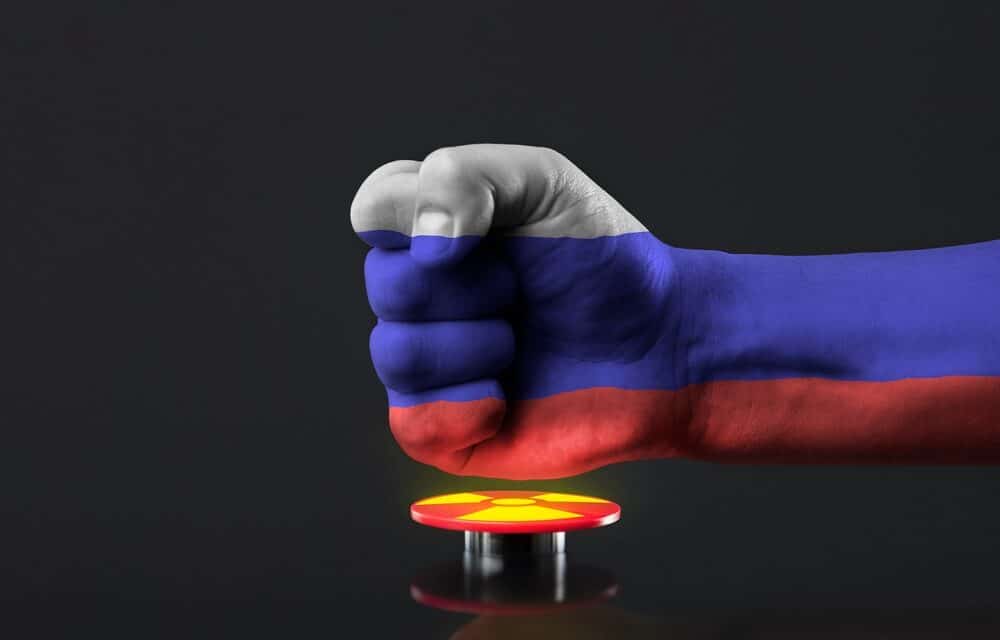 Russia is set to deploy the deadly ‘Prometheus’ hypersonic nuclear system Vladimir Putin has said today. The announcement comes after the Russian leader issued another chilling warning to the West.

Speaking on Sunday, Putin warned former countries of the Soviet Union, that a repeat of the Ukrainian invasion is on the cards if anyone defies Russia. And today during his speech to the military graduates in Moscow, he revealed Russia’s plans to deploy the advanced weapon system.

He said: “We will continue to develop and strengthen our armed forces, taking into account potential military threats and risks, and based on the lessons of modern armed conflicts, and improve their combat strength.” The Russian tyrant said the powerful S-500 is already being delivered to the Russian armed forces.

He continued: “Among the priority areas is equipping troops with new weapons systems that will determine the combat efficiency of the army and navy in the coming years and decades.”

The killer S-500 surface-to-air defense system that was presented last year can destroy incoming hypersonic missiles in near-space. It is designed to bring down enemy aircraft and missiles up to an altitude of 125 miles. That brings ballistic missiles and potentially even low orbit satellites within range.

Major General Babakov, commander of Russian missile defense troops, said at the time: “The S-500 air defense system is capable of destroying hypersonic weapons of all modifications, including in near-space, in addition to aerodynamic and ballistic targets, which makes it possible to say with confidence that this system is unique.”.

Putin also said the Sarmat intercontinental ballistic missile is set to be delivered to the army soon. The deadly Satan 2 nuke missile can fly over 11,000 miles, carry 15 warheads, and has the potential to destroy an area the size of the United Kingdom in a single strike.

The deployment of the killer weapon comes as the Russian President has issued a number of threats to the West amid soaring tensions over the invasion of Ukraine.

He said he wouldn’t hesitate to extend the Ukrainian war to countries that defy Russia- referring to all of the former territories of the USSR, which he described as “historic Russia”. He also said any countries that turned against the Kremlin would no longer “be allies” with Moscow.

And earlier today, one of his allies, retired general Evgeny Buzhinsky threatened to nuke Britain and warned Nato is “playing with fire”. Speaking on Russian TV, Buzhinsky lashed out at British general Sir Patrick Sanders. Sanders issued a rallying call to troops to prepare to fight and beat Russian forces in a Third World War as he took command of the UK’s land forces this week.