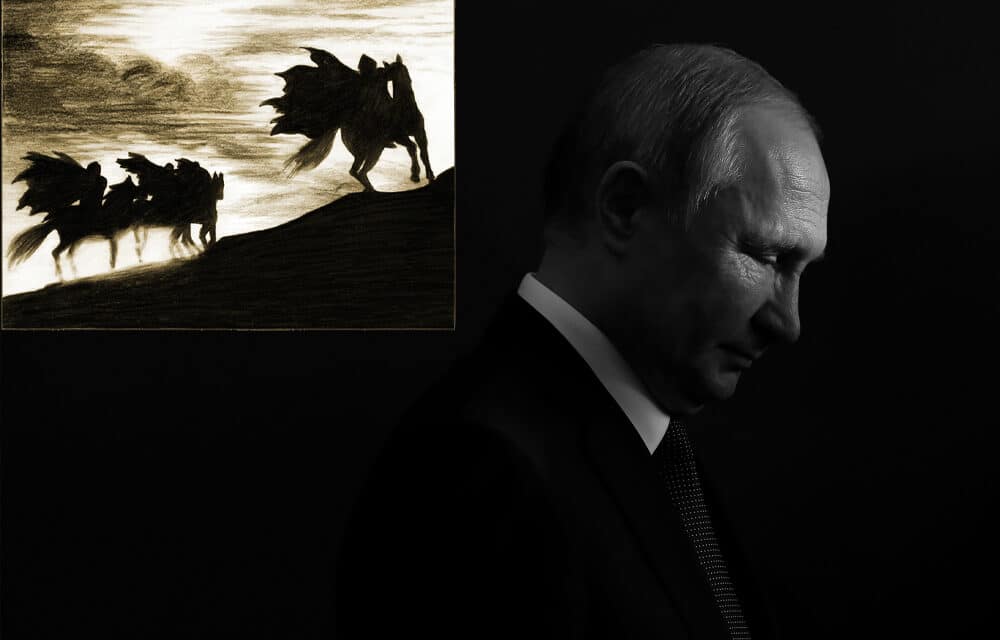 One of Vladimir Putin’s key allies has warned that the ‘Horsemen of the Apocalypse are on their way’ in the latest chilling Kremlin warning of destruction. Dmitry Medvedev, the former president of Russia, warned Moscow would attack Western cities if Ukraine uses missiles provided by the US.

The Kremlin insider, 56, currently serves as deputy head of Russia’s national security council and acted as president 2008 to 2012 while Putin was term-limited, although he remained under his influence. He wrote last week: ‘I am often asked why my Telegram posts are so harsh.

The answer is I hate them. They are b*****ds and degenerates. ‘They want death for Russia. And while I’m alive, I will do everything to make them disappear.’ The ‘they’ Medvedev is referring to is understood to mean Ukraine and its allies. Days earlier he said Moscow would escalate their war on the West if US-supplied missiles are used against Russian forces, saying: ‘The horsemen of the Apocalypse are already on their way.’

“They want death for Russia. And while I’m alive, I will do everything to make them disappear.” That followed an earlier warning that Russia was ready to expand its offensive if its territory came under attack from missiles supplied to Ukraine, reports the Times.

“The Horsemen of the Apocalypse are already on their way,” Medvedev said. Former opposition MP Dmitry Gudkov has suggested Medvedev is preparing for a move on power should Putin’s time in charge come to an end. His anti-Western rants are seen as appealing to hardliners in the Russian military and security structures, who have regarded him as too liberal and a lightweight, and to seek to regain the trust of Putin.

But it is unclear whether he would triumph in a power struggle if Putin is forced to bow out. It comes amid speculation over Putin’s deteriorating health, with claims he is fighting blood, thyroid or abdominal cancer, and suggestions he has early-stage Parkinson’s disease. The Russian President will be ‘incapacitated’ and replaced in a coup within three months, an ex-MI6 spy has claimed.