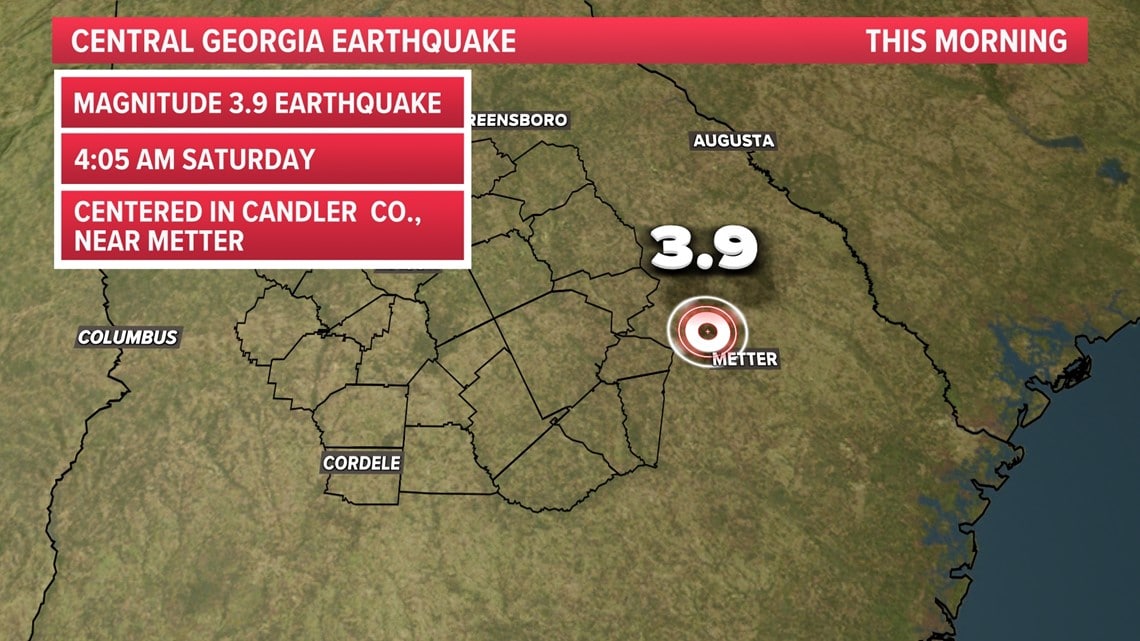 People living in parts of Georgia woke up to an earthquake Saturday morning. The earthquake was initially reported as a 4.5 magnitude by the United States Geological Survey but was confirmed as a 3.9, which is considered minor.

Still, according to News4JAX sister station WKMG, Saturday’s quake ties for the fifth strongest on record in the area. The strongest earthquake ever recorded in the state was magnitude 4.5 in 1914.

The center was just outside of Statesboro, and according to WKMG, the earthquake was reportedly felt as far south as Brunswick, and as far north as Columbia, South Carolina.

Moderate shaking was reported near the epicenter of the quake east of Stillmore, and light shaking was also felt in the Atlanta metro area. It comes a day after a 2.5 magnitude quake shook the area near Harlem in Columbia County.