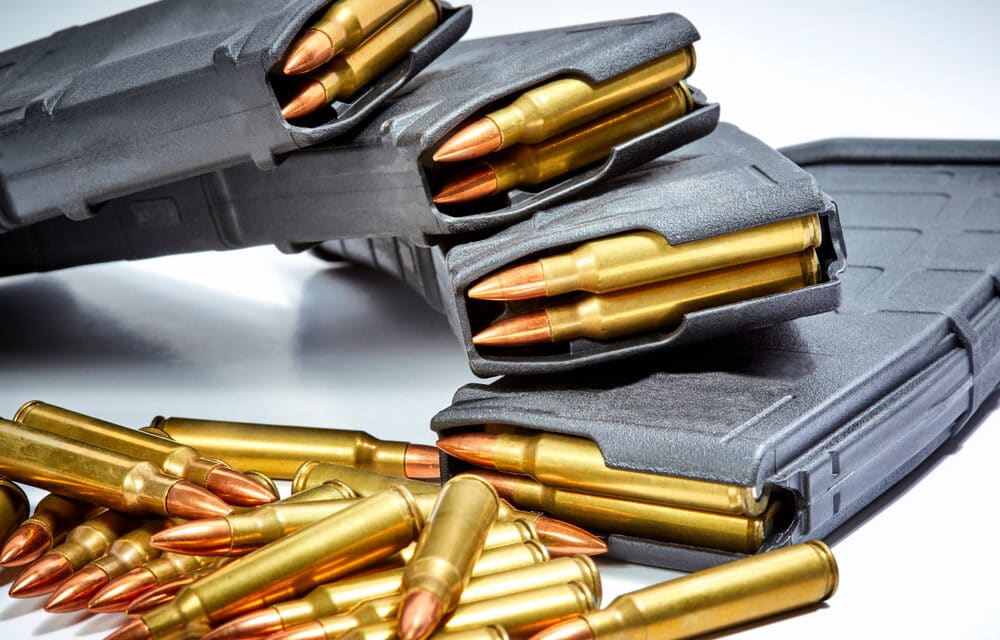 Starting July 1, the sale of ammunition magazines with more than 10 rounds will be banned in Washington state. Importing, manufacturing, and distributing them will be outlawed, too.

According to Komo News, The only magazines allowed for sale and importing will be those with a maximum capacity of 10 cartridges under a measure pushed through by Democrats and signed by Gov. Jay Inslee earlier this year, the Everett Herald reported. Washington residents can continue buying larger magazines until the law takes effect. Any owned as of July 1 are unaffected by the law.

The Second Amendment Foundation and other gun rights organizations filed a federal lawsuit this month claiming the new law violates constitutional protections under the Second and Fourteenth amendments. They’ve sought to block the law with an injunction but no hearing had been set as of Friday.

“Many of the most popular handguns and modern semiautomatic rifles come standard with magazines that hold more than 10 rounds,” said Alan Gottlieb, the foundation’s founder and executive vice president. Attorney General Bob Ferguson has said he will “vigorously defend” the new law.