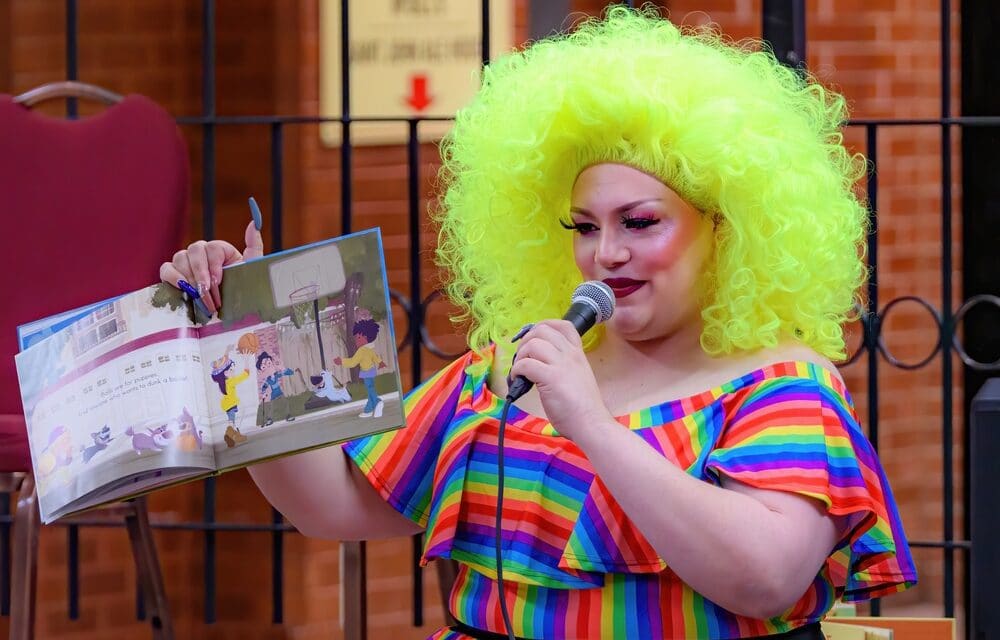 “We have child protective statutes on the books. We have laws against child endangerment,” said DeSantis, who added that his staff was looking at the law. He went on to reference “disturbing” videos from a drag show performance at a bar in Dallas, Texas, that showed children shoving dollar bills into the underwear of drag performers.

“Part of the reason why we fought the fight with Parents Rights in Education is because there’s a movement to interject these things like gender ideology in elementary schools even, and my view is, our school need to be teaching these kids to read and write and add and subtract, and do the things that are supposed to be done in school,” DeSantis continued.

“We have child protective statutes on the books,” the governor said. “We have laws against child endangerment.” “It used to be kids would be off-limits. Used to be everybody agreed with that,” DeSantis continued. “Now it just seems like there’s a concerted effort to be exposing kids more and more to things that are not age-appropriate.”

According to Yahoo News, The debate over whether minors should be allowed to watch drag performances began Saturday after videos showing young children attending a Dallas drag show, and tipping performers with cash, emerged on social media.

The event, “Drag the Kids to Pride Drag Show” — which was held at the gay bar Mr. Misster — was advertised as a “family-friendly spin-off” of the bar’s “Champagne Drag Brunch” show.

Conservative pundits and lawmakers were not convinced. In particular, critics — including DeSantis — have pointed to an illuminated sign on the bar’s wall that says “IT’S NOT GONNA LICK ITSELF.”

“That is totally inappropriate. That is not something children should be exposed to,” DeSantis said Wednesday of the video. “And so, we probably, we may have the ability to deal with something like that if something like that happens.” Representatives for Mr. Misster could not be reached for comment.