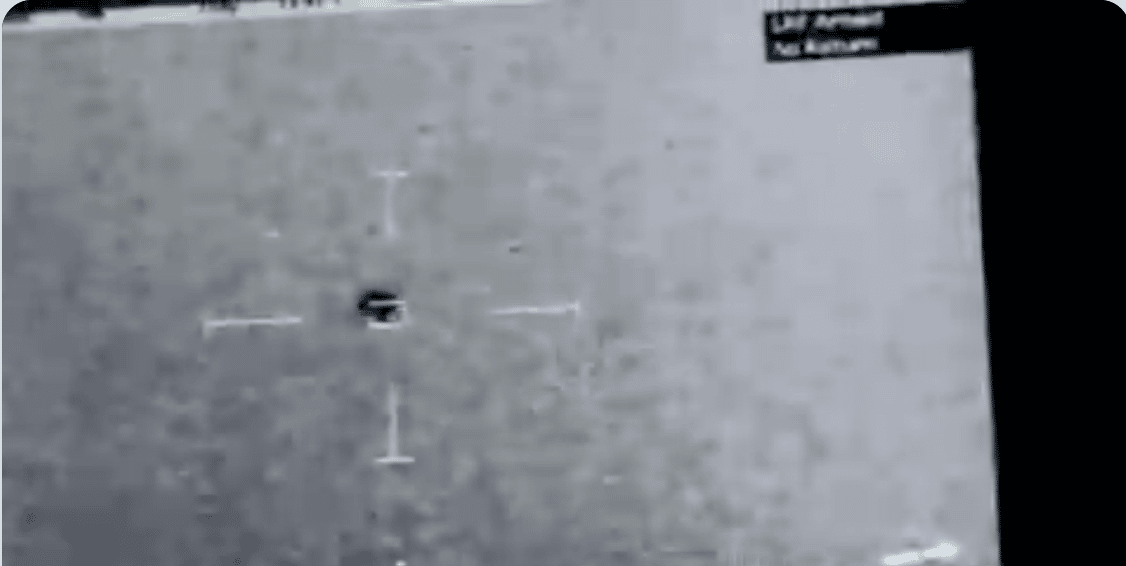 Sailors on board a fleet of Navy warships sailing off the Southern California coast in July 2019 witnessed several of the ships being swarmed by a host of unidentified flying objects. The incident went on for hours, and then happened again and again throughout the month, with craft hovering and zipping around near the fleet with flashing multicolored lights.

According to Daily Mail, Navy chiefs have tried to explain away the incident, with the Deputy Director for Naval Intelligence saying he was ‘reasonably confident’ the objects were drones. But documentary filmmaker Jeremy Corbell, in an exclusive interview with DailyMail.com, says that crew from the ships have told him the swarms of ‘at least 100’ UFOs possessed unexplainable capabilities far beyond traditional drones.

And he warned that unless the government can determine who was behind the swarm, the intelligence failure would ‘dwarf our mistakes made surrounding the events of 9/11.’

‘I don’t care if these were ”drones” or true UFOs, pyramids, triangles or even seagulls with lights strapped onto their wings. I want the fundamental question to be answered. Do we know the controllers of these units?’ he said.

Contrary to the official Navy version of events, the shocking claims raise the prospect that the craft filmed and caught on radar about 100 miles off the San Diego coast were either incredibly advanced foreign technology, or something otherworldly.

‘We don’t know yet what exactly these craft were. But whatever they are, their abilities and presence alone represents a serious national security issue and shouldn’t be dismissed out of hand,’ Corbell told DailyMail.com. Last year the filmmaker published videos from the warship incidents that set social media ablaze.

The videos, verified by the Pentagon, pictured flashing objects hovering above US Navy ships in the Pacific Ocean west of San Diego, radar screens picking up nine of the craft, and infrared footage of one orb-shaped object diving into the ocean. But in a historic hearing on UFOs held last month, Deputy Director for Naval Intelligence Scott Bray dismissed the footage, saying he was ‘reasonably confident’ the objects were drones.