Deadliest earthquake in decades strikes Afghanistan, Over 1,000 dead, Many wounded 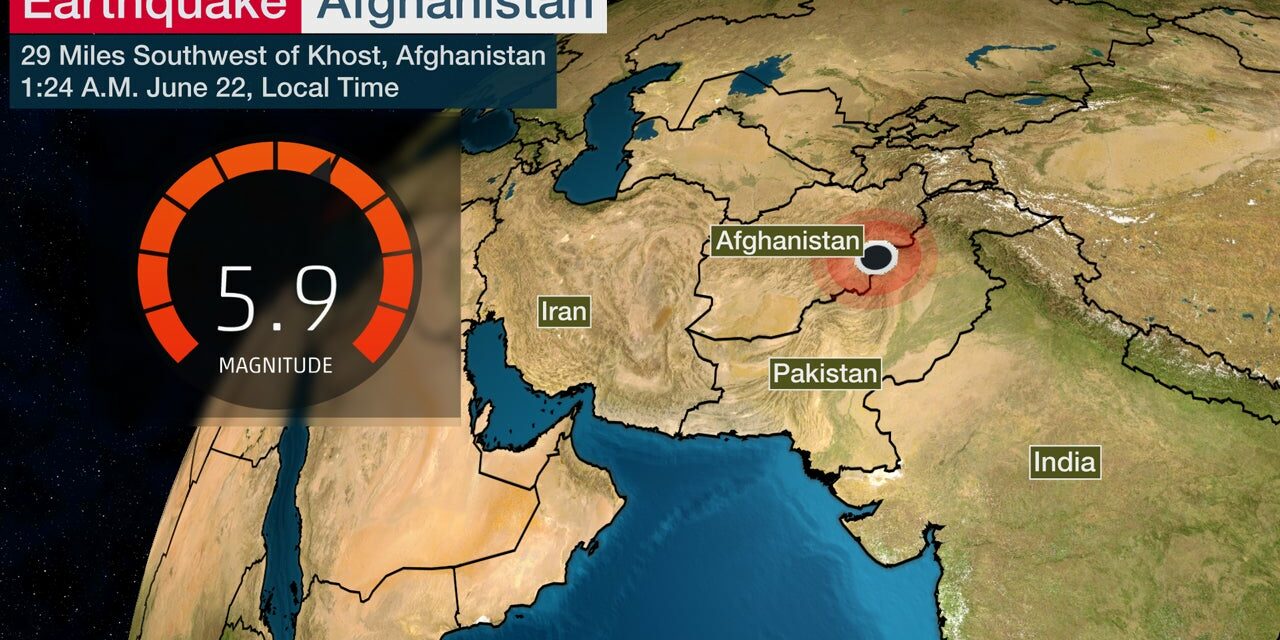 Afghanistan was rocked by its deadliest earthquake in decades on Wednesday when a magnitude 5.9 earthquake struck the country’s east, killing more than 1,000 people and wounding many more, according to a regional official.

The humanitarian disaster comes at a difficult time for the Taliban-ruled country, currently in the throes of hunger and economic crises. The shocks hit at 1:24 a.m. local time on Wednesday (4:54 p.m. ET on Tuesday) around 46 kilometers (28.5 miles) southwest of the city of Khost, which lies close to the country’s border with Pakistan, according to the United States Geological Survey (USGS). The quake registered at a depth of 10 kilometers (6.2 miles), according to USGS, which designated it at the yellow alert level — indicating a relatively localized impact.

Most of the deaths were in Paktika province, in the districts of Giyan, Nika, Barmal, and Zirok, according to the State Ministry for Disaster Management. The death toll stands at more than 1,000 and at least 1,500 people have been injured “in Gayan and Barmal districts of Paktika province alone,” Mohammad Amin Hozaifa, head of Paktika province’s information and culture department, told CNN in a phone call Wednesday.

The official expects the number of casualties to rise as search and effort missions continue. In neighboring Khost province, 25 people were killed and several others were injured, and five people were killed in Nangarhar province, the disaster management authority said.

Photos from Paktika province, just south of Khost province, show houses turned to rubble with only a wall or two still standing amid the rubble, and broken roof beams. Najibullah Sadid, an Afghan water resources management expert, said the earthquake had coincided with heavy monsoon rain in the region — making traditional houses, many made of mud and other natural materials, particularly vulnerable to damage.

“The timing of the earthquake (in the) dark of night … and the shallow depth of 10 kilometers of its epicenter led to higher casualties,” he added. A team of medics and seven helicopters have been sent to the area to transport injured people to nearby hospitals, Afghanistan’s Ministry of Defense said in a tweet on Wednesday.