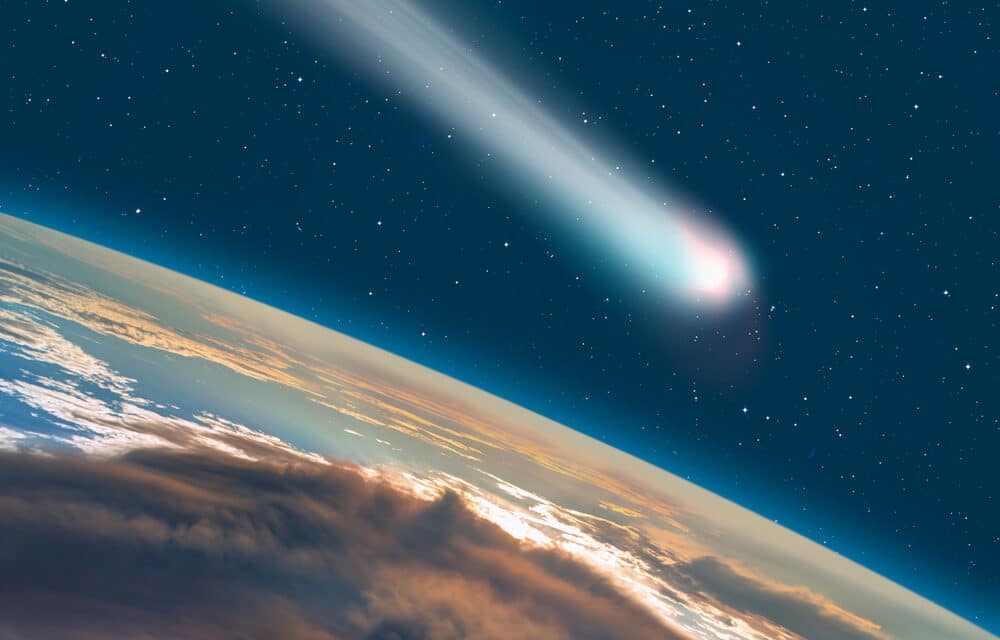 A huge comet that is entering the final stages of a multi-million-year journey towards the sun has entered the inner part of our solar system and is due to make its closest pass to Earth in July.

According to Newsweek, scientists have known about comet C/2017 K2 for several years—the Hubble telescope observed it back in 2017 when it was the farthest active inbound comet ever seen.

At that time the icy space ball was a huge 1.5 billion miles away from our star—even further away than Saturn. Even at that distance, the comet, estimated to be roughly 12 miles across or less, was heating up and had developed an 80,000-mile-wide cloud of dust and gas around it.

Scientists think C/2017 K2 came from the Oort Cloud—a colossal sphere of icy objects that orbit our sun far out past even the most distant planets in our solar system. The comet has traveled a vast distance, passing the orbits of Neptune, Uranus, Saturn, and Jupiter before entering the asteroid belt that separates the inner solar system from the outer.

Now it is in our neck of the woods having entered the inner solar system according to SpaceWeather.com. It’s due to make its closest pass to Earth on July 14, though the comet will still be further away from us than Mars.

Comets are balls of dust, ice, and gas that are essentially leftovers from the early solar system. Their orbits occasionally take them close to the sun, causing them to heat up and shine. C/2017 K2’s “close” pass will be a good opportunity for scientists—and anyone else with a small backyard telescope—to study it.

“The beauty of comets such as this Oort Cloud one is that they carry the chemical fingerprints of the cloud out of which our solar system formed,” Professor Brad Gibson, director of the E.A. Milne Centre for Astrophysics at the University of Hull in the U.K., told Newsweek.

“It is relatively rare that we can figuratively—and in some cases, literally—pick up this material, examine it, and get a unique, clean, insight into what our sun and planets were built from five billion years ago. Further, the role that comets might have played in transporting water to planets such as Earth remains a very hot topic of scientific research.”