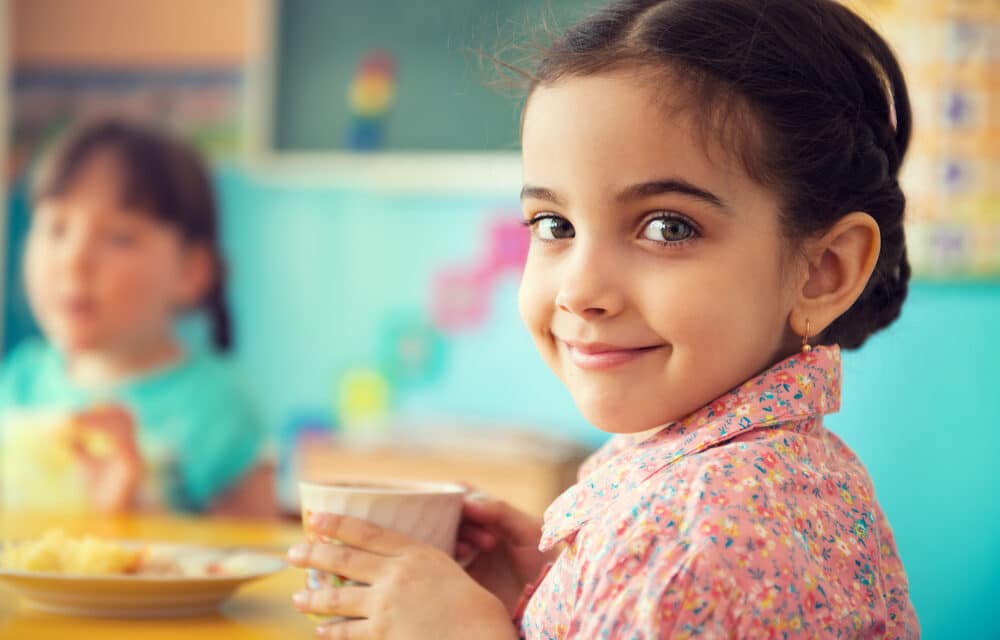 Twelve elementary school children in Juneau, Alaska fell ill after ingesting floor sealant believing it was milk, according to the school district. The students were part of a RALLY summer care program at Sitʼ Eeti Shaanáx̱-Glacier Valley Elementary School and consumed the substance at 8.45 am on Tuesday.

After drinking the sealant, the students complained that the milk they were given was burning their mouths and throats, prompting officials to check the labels and discover the mistake. Staff ‘immediately directed students to stop consuming the substance and removed it,’ according to a statement from Juneau School District.

The site manager for the program then notified parents and contacted poison control, and ‘all steps provided by poison control were carefully followed.’ The breakfasts that the sealant was served with were provided by NANA Management Services, an outside contractor.

According to the district’s statement, one child was treated at a nearby hospital and two more were picked up by parents and ‘may have gone to seek medical advice.’ The condition of those students and the other nine was not mentioned in the statement. While the ages of all the children involved is unclear, Barry Nydam said his seven-year old daughter was affected by the incident, according to KTOO.

‘I don’t see my daughter going there anymore,’ he said. ‘You’d have to have the people running it removed and new people running it.’ The superintendent of the school district, Bridget Weiss, said the incident is under investigation and the Juneau Police Department are involved.

‘That is transpiring literally as we speak, so that we can understand exactly what happened, how it happened. We obviously need to make sure that it doesn’t happen again,’ she said. Weiss said the sealant is a ‘milky, white substance’ that is stored in a large plastic bag inside a cardboard box, which is similar to how their milk is stored.