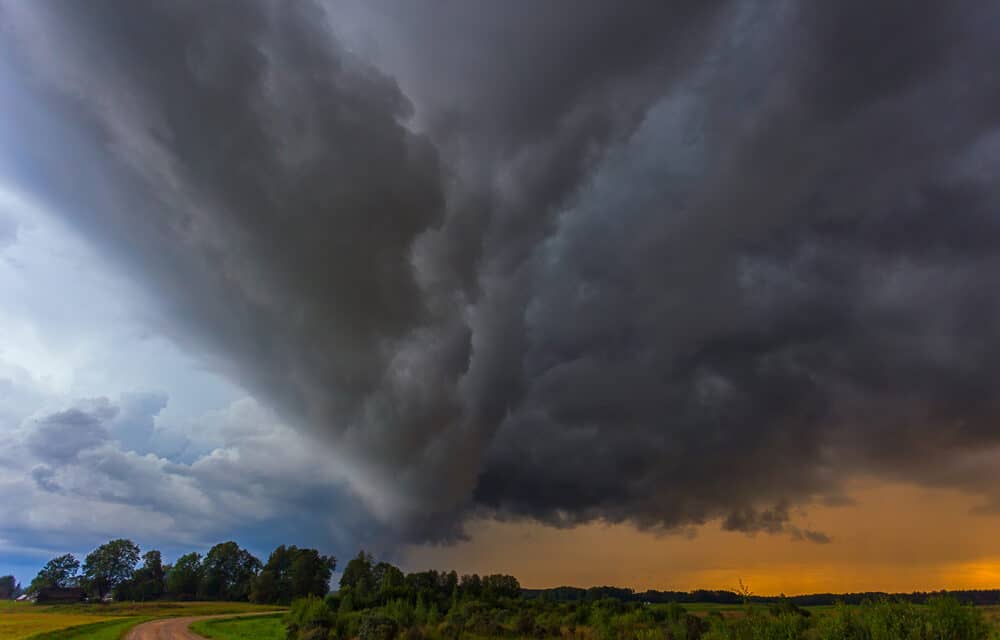 At least three people were killed and homes and businesses in dozens of communities were damaged when storms packing hurricane-force winds and at least one tornado tore through parts of the Midwest and Northern Plains Thursday according to a report from TWC.

“We have had many storms before, but the number of communities that have been affected, we just haven’t seen before,” South Dakota Gov. Kristi Noem said during a news conference Friday morning Noem said at least 28 counties in the state were reporting damage.

The dead included 61-year-old Wendy Lape of Wentworth, South Dakota, who died Friday morning of injuries sustained as a massive wall of blinding dust and debris blew into areas around Sioux Falls on Thursday.

“In that situation, a husband and wife were driving home … and that wall cloud or the wall of dust and dirt and debris hit them,” Minnehaha County Sheriff Mike Milstad said at the news conference. “They slowed down to probably under 5 miles an hour because of the almost zero visibility from the blowing debris, and a chunk of wood came through the window of the car.”

One fatality was reported near Blomkest, Minnesota, about 85 miles West of Minneapolis, after winds toppled a grain bin onto a car, according to a report from the National Weather Service Storm Prediction Center (SPC). The report didn’t note the exact speed of the wind, however, gusts over 90 mph were recorded in the area. The Associated Press reported that an additional fatality due to the severe weather occurred in Sioux Falls, South Dakota.

In Garfield County, Nebraska, near Burwell, the wind knocked about a 15-by-15-foot horse barn on the west side of town, and a roof was blown off the grandstand at the fairgrounds. About 25 trees were reportedly uprooted, according to the SPC.

Brookings, South Dakota, was especially hard hit by the storms and wind. The Brookings Health System reported a surge of injuries following the storm, and several buildings were demolished due to the destructive wind gusts.