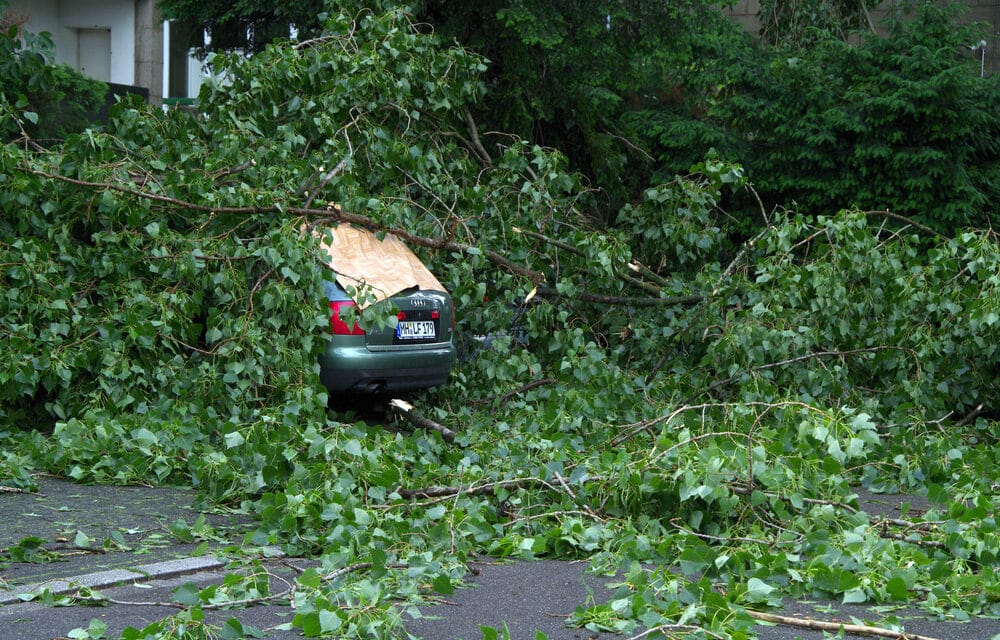 A thunderstorm that nearly packed the power of a tornado rolled through Ontario on Saturday killing at least two people and leaving parts of Canada’s most populous province without power, authorities said.

Emergency crews were inundated with calls after the storm uprooted many trees, disrupting traffic and damaging homes. Police said one person died and two others were injured after a tree fell on their camping trailer in Brant County, in southern Ontario, while a woman in her 70s died after being hit by a tree during the thunderstorm.

Over 340,000 customers were without power due to the severe storms, Hydro One Ltd (H.TO), Ontario’s largest utility said, adding additional resources have been deployed to restore power from extensive damage. Ontario is home to nearly 40% of Canada’s 38.2 million population. Emergency operations have been activated to assess the damage and threats on the ground, said Jim Watson, Mayor of Ottawa, Canada’s capital city.

Ottawa paramedic chief Pierre Poirier told reporters that two people were critically injured at golf courses and one person was seriously injured in a car crash. “We reached a Level 0 during the event, but we are there no longer,” Poirier said, referring to a state when there are no immediately available ambulances.

“We know the storm has touched every corner of our city,” he said. “Many residents are experiencing power outages. City staff have been deployed and are responding. I ask everyone to remain patient.” As of late Saturday night, Hydro Ottawa reported more than 1,000 outages affecting 179,000 customers.

Meanwhile, Tornadoes in Germany have injured at least 40 people – 10 of them seriously – as extreme weather elsewhere on the continent has seen heat records set in parts of Spain. The contrast in conditions across the continent could not be more evident with dangerous storms sweeping across parts of Germany and blistering heat baking Spain.

A tornado struck the western city of Paderborn in Germany as authorities said the winds, which meteorologists warned could reach up to 130kmph (81mph), blew away roofs, toppled trees, and sent debris flying for miles.

“Thirty to 40 injured, at least 10 of them seriously,” Paderborn police said. Officials urged people to remain in their houses so as not to hamper rescue efforts or endanger themselves. As heavy rain and hail swept across the country, the western German town of Lippstadt was also heavily damaged by a tornado, officials said.