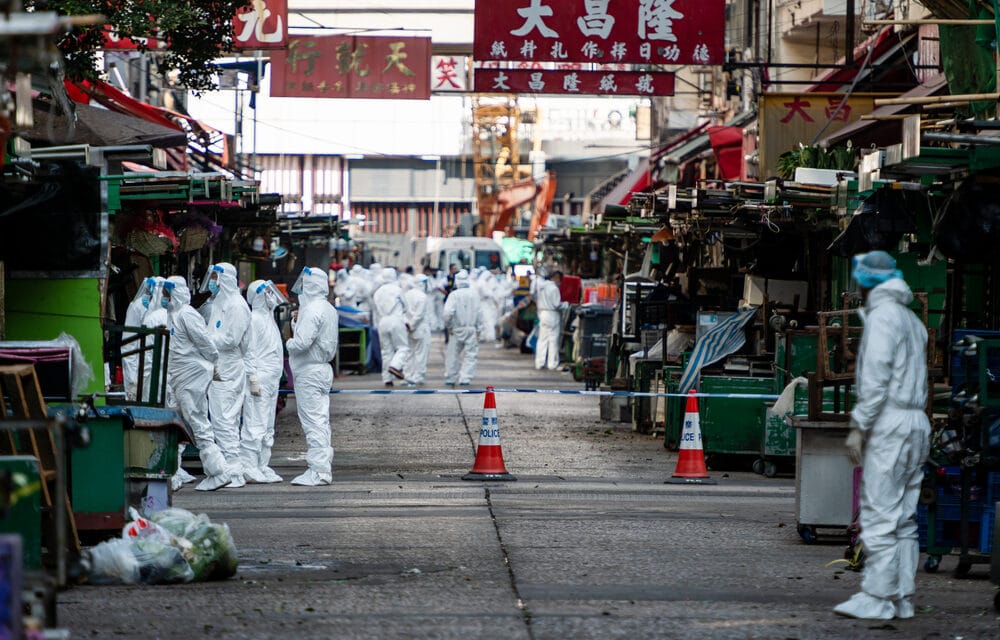 Videos of people being dragged from their homes by health workers in hazmat suits coursed through Chinese social media Sunday before being pulled down on some platforms, as Shanghai’s lockdown enters its seventh week and pandemic restrictions continue to be intensified in Beijing.

The videos — which purported to show Covid-19 positive patients and their close contacts tussling with the workers — come as Shanghai tightens some aspects of its intensive lockdown despite a drop-off in new infections.

The ramping up of curbs comes even as the city reported its fewest cases in more than six weeks, with 3,947 new infections on Sunday, down slightly from 3,975 on Saturday.

Meanwhile, according to WION, President XI is warning of his “Zero-Covid Policy” sending a warning to many local CCP leaders who questioned Beijing’s policy and urging residents to “Fight against any speech that distorts, questions, or rejects our country’s COVID-control policy,”

From an aged resident who was wrongly declared dead to people being dragged into isolation, the situation in China continues to worsen. This week, in Chinese Vignettes, we cover all the top stories making headlines in China.

Covid continues to extend lockdown in China Across China, an estimated 340 million people residing in at least 46 cities continue to be locked down. While Shanghai’s weeks-long lockdown continues to extend with no end in sight, the capital Beijing is shutting down schools and public transport.

This week, China reported more than 45,000 new cases and more than 150 deaths. Shanghai authorities have indicated that the lockdown will be lifted once the community transmission reaches zero, reported Bloomberg. At a briefing on May 2, the officials said in the city of about 25 million, around 2.54 million residents continue to be under strict lockdown, and through May 7, the city will continue mass testing.