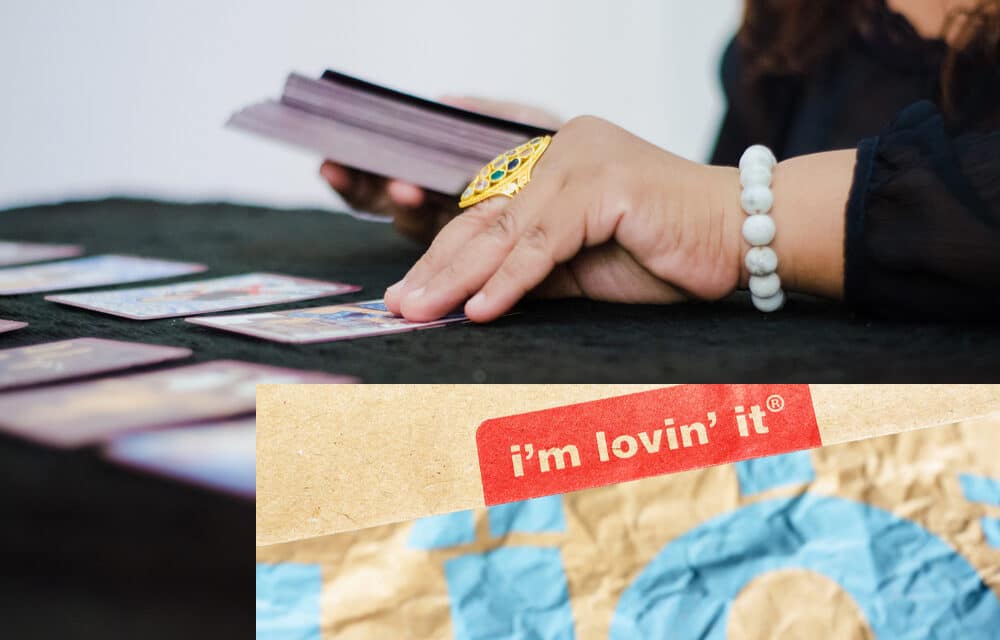 (OPINION) For anyone wondering just how pervasive occult practices are becoming in mainstream culture, look no further than McDonald’s most recent marketing ploy, which involved, among meal deals, the chance to win tarot card readings.

The lede of a USA Today story covering McDonald’s ploy reads, “McDonald’s is preparing for this week’s celestial and astrological change of Mercury retrograde with both a deal and tarot card readings.”

In an unfortunate infusion of occultism, customers using the McDonald’s app to buy a medium order of fries were given a free McDouble or McChicken and the chance to snag a tarot card reading.

McDonald’s reportedly partnered with Madam Adam, a tarot card reader with expertise in astrology, to offer readings to select customers. To “win,” customers reportedly needed to go to Madam Adam’s Instagram or TikTok posts to share their Zodiac sign and name.

Adam advertised the effort on his social media platforms, encouraging people to partake so they could learn their “fate.” The comments sections on Adam’s social pages were filled with people sharing their Zodiac signs in hopes of receiving an apparently-coveted tarot reading.

McDonald’s said in a statement that for a chance to get a reading, starting Monday, fans need to comment with their name and Zodiac sign on Madam Adam’s TikTok or Instagram posts announcing the Mercury retrograde deal. There will be a TikTok Live reading event at 6 p.m. ET Tuesday and Adam will “randomly select a lucky few to receive custom readings” from comments on the TikTok Live, McDonald’s said.