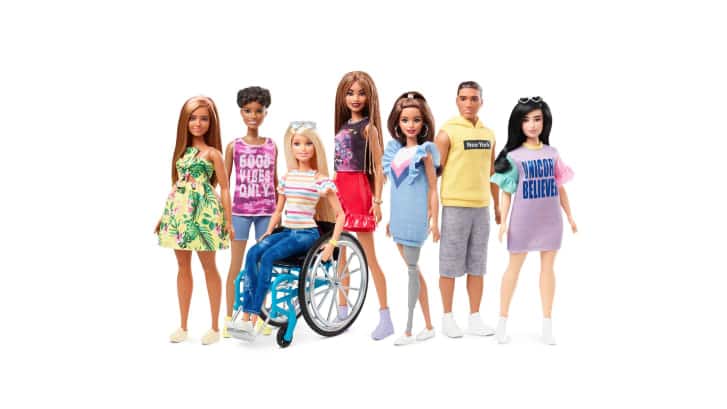 Mattel, the maker of Barbie, has unveiled several new dolls in an effort to represent diversity and inclusivity in the doll aisle this year. Among the new dolls in Barbie’s 2020 Fashionistas collection is a doll with the skin condition vitiligo, which causes pigmentation loss, as well as a Barbie doll with no hair.

According to FOX10, Two other new dolls in the lineup include one with darker skin using a gold prosthetic limb, and the first-ever Ken doll with long, rooted hair. Mattel said its Barbie Fashionistas line has evolved over the past five years to be “more reflective of the world girls see around them,” and has introduced more than 170 looks. The dolls represent nine different body types, 35 different skin tones, and 94 different hairstyles, the company said.

To create the doll with vitiligo, Barbie worked with a dermatologist to ensure the condition was accurately represented, according to a press release from Mattel. The doll with no hair helps girls who may be experiencing hair loss for any reason to see herself reflected in the line, the company said.

According to CNN, Other dolls in the 2019 Fashionistas line offered a variety of appearances, including braided hair texture and more realistic body types (smaller bust, less defined waist, and more defined arms). Mattel has incorporated more diversity in its Barbie range by offering dolls with different skin shades, eye colors, hairstyles, and clothing. In 2017, the company introduced the first Barbie to wear a hijab.

The two bestselling Barbie Fashionista dolls in the UK last year were in wheelchairs, the company said. Barbie introduces dolls with wheelchairs and prosthetic limbs. After starting in 2015, the Barbie Fashionistas line now has more than 170 “diverse dolls” in its range. Previously, Barbie dolls have drawn criticism for upholding a slim, white, domestic ideal.