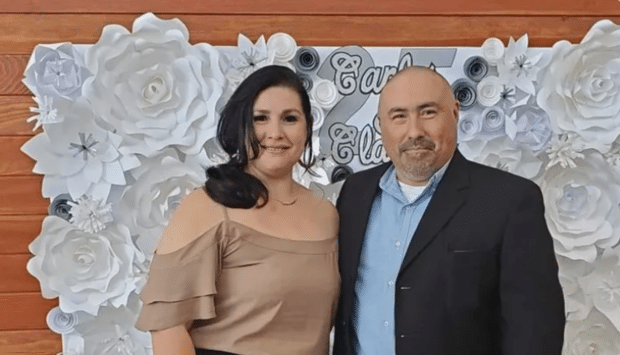 Fourth-grade teacher Irma Garcia was one of two faculty members killed on Tuesday during a mass shooting at Robb Elementary in Uvalde, Texas. On Thursday morning, her husband and high school sweetheart Joe died from what family members said was a “medical emergency.”

“I truly believe Joe died of a broken heart,” Irma Garcia’s cousin Debra Austin wrote on a GoFundMe page. “Losing the love of his life of more than 25 years was too much to bear.” One of the couple’s nephews tweeted that Joe Garcia died after suffering a heart attack at home.

“These two will make anyone feel loved no matter what,” he tweeted. “They have the purest hearts ever I love you [so much] tia and tio please be with me every step of the way.” Joe Garcia was 50 years old and had just gotten home from leaving flowers at his wife’s memorial when he “pretty much just fell over,” his nephew, John Martinez.

“She died a hero trying to protect her students,” says Martinez, adding one of the 19 children killed in Tuesday’s shooting was found dead in her arms. “She was a mom to them as well.”

Adds Martinez: “She was a light in every room. She always had joy in her. She was a light to the world. I just really do want her to be remembered as someone who put her life on the line, to the very last moment. She sacrificed herself.”

In 2019, Garcia was named a finalist for the Trinity Prize, which honors local teachers chosen as distinguished educators by Trinity University in San Antonio. According to her school profile, she loved to barbecue with Joe, and Martinez tells PEOPLE she loved classic rock.

“She was always optimistic about everything,” recalls Martinez, who remembers with fondness turning 21, and enjoying tequila with his Tia Irma. “In her life, she saw the bright side of things. She was one of the funniest people I’ve honestly really ever met. I mean, there are times where I would just wanna, like, hang out with only her.”