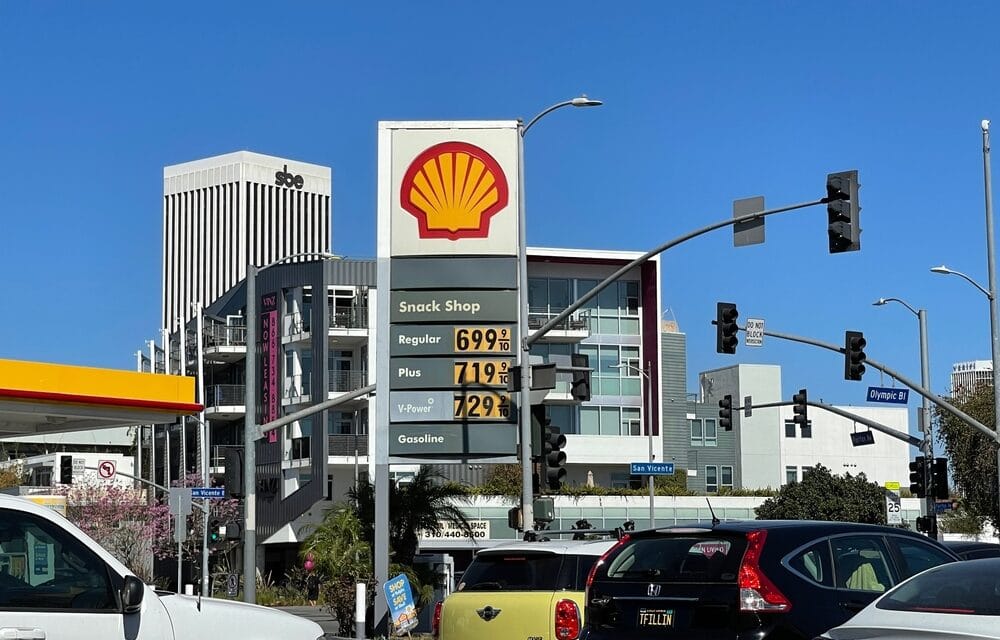 A national gas station chain is reprogramming its pumps in Washington state to accommodate $10-a-gallon fuel, it has been revealed. The move by 76 comes as the nation’s average gasoline price soars to $4.57-a-gallon, almost twice the $2.41 average during Trump’s last month in office. A spokesperson for ’76’ gas stations confirmed that the national chain has begun reconfiguring its pumps to ‘make room’ for the possibility of double-digit prices, The Post Millennial reported.

The spokesperson for ’76’ did not comment on whether the company is expecting prices to reach $10.00-a-gallon, The Post Millennial said. Meanwhile, other gas stations in the state have begun running out of gas as supplies become crunched, with reports saying at least 10 stations have run dry.

The shortages are mainly affecting regular unleaded and premium gasoline, though diesel supplies are rapidly shrinking too. Meanwhile some states – such as California – are reporting spiraling prices of up to $5.98 this week. Russia’s war in Ukraine is having a dramatic impact on the cost of crude oil – which sits at $114.20 a barrel.

The outlet also reported that a local Facebook group has identified at least 10 Washington gas stations that have run out of fuel, including Exxon and Circle K stations. In January 2021, the last month of Donald Trump’s presidency, gas prices across the nation averaged $2.41-a-gallon, with some states charging averages under $2-a-gallon.

The spokesperson added that while the change did not necessarily mean that gas would reach $10 per gallon, the possibility still existed. “The specific gas station also sells race fuel which may have forced the reprogramming since it has also increased in pricing, the spokesperson told The Post Millennial.

However, the race fuel is sold on separate pumps from … those with the standard regular, plus, premium, and diesel fuel options,” the outlet added. The report noted that gas stations in Kennewick, Pasco, and West Richland are running out of fuel save for diesel.

“Residents of the Tri-Cities are scrambling to find fuel. In a local Facebook group, members reported more than ten stations that are currently out of fuel, which include multiple Circle K’s and Exxon’s,” the report continued. At the time of this report, AAA estimated that the average price for a gallon of regular-grade fuel in Washington is $5.18. The national average for the same time period and grade fuel is $4.58.