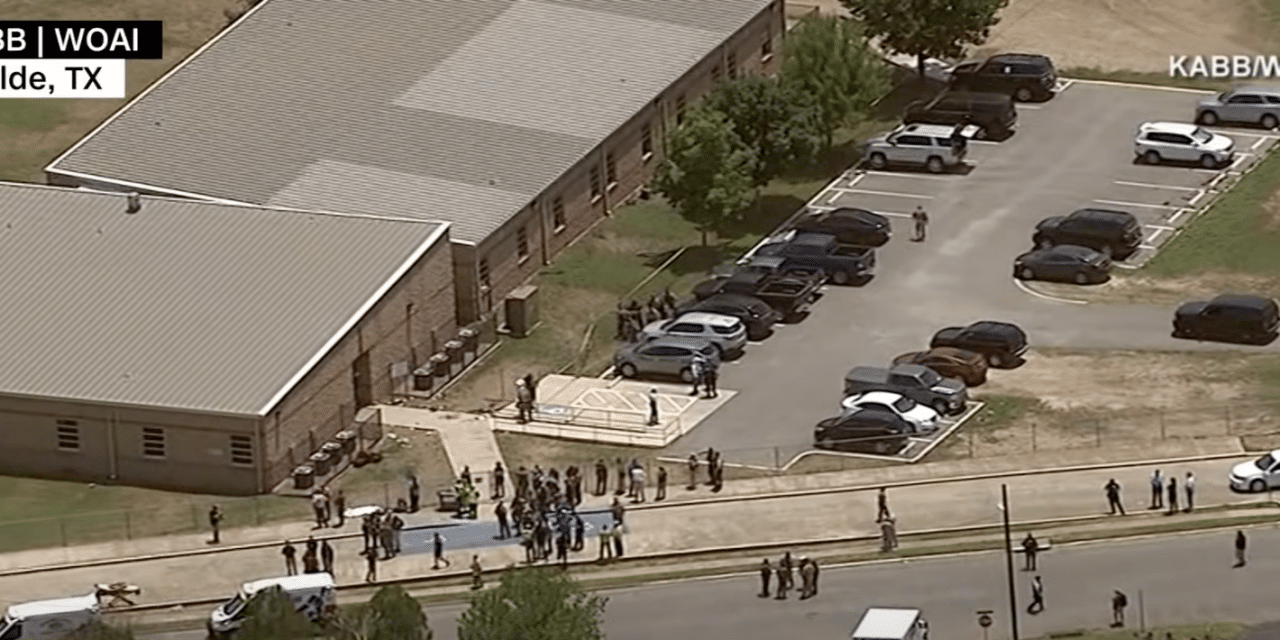 A mass shooting at a Texas elementary school killed 19 children and two adults Tuesday and the suspected gunman was killed, Gov. Greg Abbott said. Abbott identified the suspect as Salvador Ramos, a Uvalde resident, who is also dead and acted alone, authorities said.

He had a handgun and possibly a rifle when he opened fire at Robb Elementary School, he said. Two police officers were shot and wounded but were expected to survive, Abbott said. “Texans across the state are grieving for the victims of this senseless crime and for the community of Uvalde.

Cecilia and I mourn this horrific loss and we urge all Texans to come together to show our unwavering support to all who are suffering,” he said in a statement. The shooter was likely killed by responding officers but the investigation was still ongoing, authorities said.

The Texas Department of Public Safety and the Texas Rangers have been instructed to work with local law enforcement. As the incident unfolded, Uvalde Mayor Don McLaughlin told Fox News that the shooter had become barricaded inside. The school, located 80 miles west of San Antonio, serves students in the second, third, and fourth grades.

The shooting was the deadliest at an elementary school since the Sandy Hook massacre in Connecticut in 2012 that left 26 people dead, including 20 children between 6 and 7 years old.

Here are the latest developments in Tuesday’s tragedy: Texas Department of Public Safety Sgt. Erick Estrada told CNN’s Anderson Cooper the gunman wrecked a vehicle while driving near the school after shooting his grandmother. “The suspect did crash near a ditch nearby the school.

That’s where he exited his vehicle with what I believe was a rifle and that’s when he attempted to enter the school where he was engaged by law enforcement.” The gunman had body armor, a rifle, and a backpack, Estrada said. Ramos made it into several classrooms, Estrada added.