Deadly twister leaves one dead, more than 40 injured and ‘catastrophic’ damage in Michigan 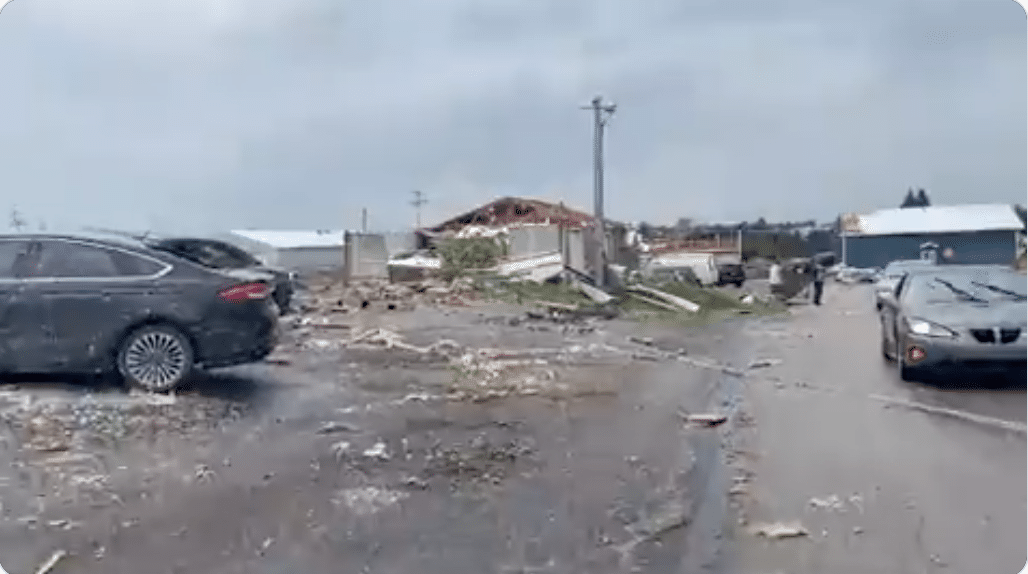 A tornado quickly moved through the town of Gaylord in the northern Lower Peninsula of Michigan Friday afternoon, leaving one person dead and 43 injured, officials said.

Lt. Jim Gorno of the Michigan Department of Natural Resources described the scene in the area as being “catastrophic,” with cars flipped over and structures destroyed. Munson Healthcare spokesperson Brian Lawson told CNN that 23 injured patients were taken to Otsego Memorial Hospital and 12 to Grayling Hospital.

The tornado after math in Gaylord near Winifred Road. @upnorthlive pic.twitter.com/RU2GIxUGj8

Eight people were treated at other hospitals outside Munson system, he said. The city is under a curfew, officials said. “It is a busy downtown area, and it went right through it,” Gorno told CNN. “We aren’t used to it up here,” he said. “We don’t have sirens like in other parts of the country.”

The tornado was confirmed to be moving through the town Friday afternoon at about 3:40 p.m. EDT and traveled for approximately 15 minutes. At least one large building collapsed while several cars were flipped and damaged.

The tornado after math in Gaylord near Winifred Road. @upnorthlive pic.twitter.com/RU2GIxUGj8

An RV and mobile trailer park were also heavily damaged. More than 25,000 customers across northern Lower Michigan were without power by early Friday evening, but recovery is ongoing. Gaylord is located in Otsego County and is home to about 4,000 residents.