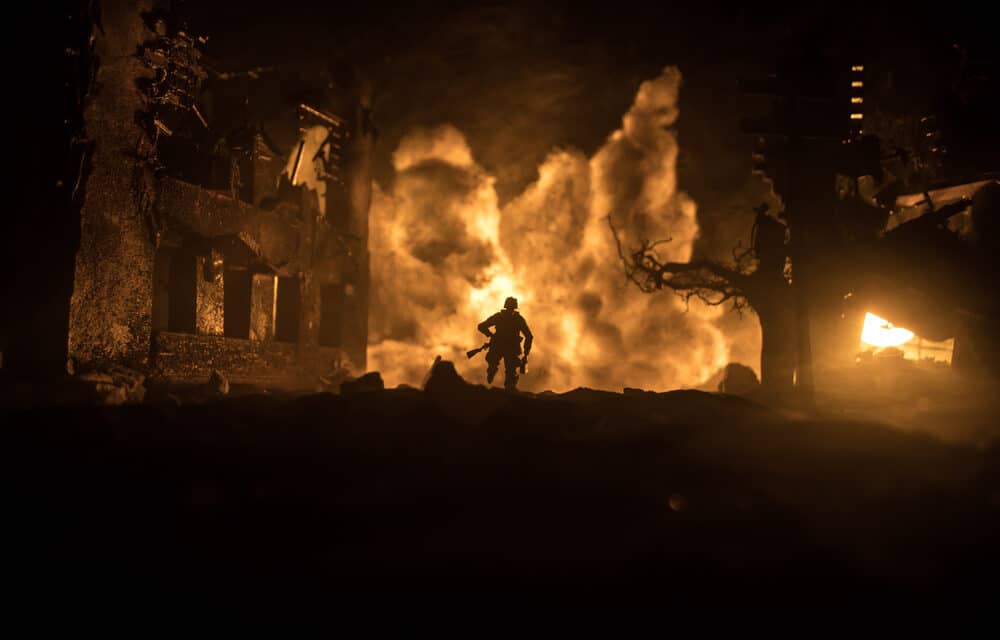 (OPINION) Will the U.S. soon be involved in two major wars at the same time? The U.S. House of Representatives just escalated the proxy war in Europe by approving a 40 billion dollar “aid package” for Ukraine, and I will have much more to say about that below. But first I want to talk about a major development in Asia.

For a long time I have been warning that the Chinese will invade Taiwan, and now that day appears to be closer than ever. From Friday through Sunday, China conducted very alarming military exercises off the coast of Taiwan that one Chinese military analyst is referring to as a “rehearsal of possible real action”…

On Monday, the Chinese People’s Liberation Army (PLA) announced its Eastern Theater Command organized maritime, aerial, conventional missile, and other forces around Taiwan and carried out drills around the island from Friday to Sunday. The Eastern Theater Command said the drills were intended “to test and improve the joint operations capability of multiple services and arms.”

This is extremely aggressive activity, and the Chinese have no intention of backing down. In fact, China just flew an attack helicopter into Taiwan’s air defense identification zone for the very first time… A Chinese Z-10 attack helicopter has, apparently, entered Taiwan’s air defense identification zone, or ADIZ, and, for the first time, crossed the so-called “median line,” an informal boundary running down the center of the Taiwan Strait.

The appearance of the attack helicopter, which is operated by both the People’s Liberation Army Ground Force and the Air Force Airborne Corps, and is also designated WZ-10, marks the latest new Chinese type to enter this sensitive part of the ADIZ. It also points to the growing importance of rotary forces around the Taiwan Strait, including the massive Chinese helicopter base that’s strategically positioned to support future operations in the Strait or even a potential invasion of Taiwan.

I still think that a major war in the Middle East will erupt before China finally decides to pull the trigger on a full-blown invasion of Taiwan. But the clock is definitely ticking.

With the U.S. distracted by the conflict in Ukraine, this could be an ideal time for the Chinese to forcibly “reunite” with Taiwan. And I am entirely convinced that Chinese leaders want to take advantage of the “window of opportunity” that they have while Joe Biden is still in office.

But if China does invade, our two nations will immediately be in a state of war no matter who is residing in the White House. Meanwhile, the U.S. House of Representatives just escalated our proxy war with Russia by passing an absurd 40 billion dollar bill that was given to members of Congress just hours before it was rammed through…

Speaking on the House floor, Roy rebuked lawmakers for rushing to pass the aid package despite only having hours to review it before voting. “We got a $40 billion bill at 3 o’clock in the afternoon. I haven’t had a chance to review the bill.

My staff was poring over the pages trying to see what’s in it,” Roy began. Even though no member of Congress actually read the bill, it was passed by a vote of 368 to 57. Every single Democrat voted for it, including every member of “the Squad”. There were 57 brave Republicans that voted against the bill, and you can find their names right here.

Those 57 Republicans should be commended for having the courage to do the right thing. Members of Congress should be required by law to read every single bill that they pass.

That would certainly solve quite a few of our problems. Personally, I don’t know why we are spending so much money on a foreign war when we have such tremendous problems here at home. As Marjorie Taylor Greene has pointed out, we are facing a nightmarish shortage of baby formula all over the country right now… FULL REPORT