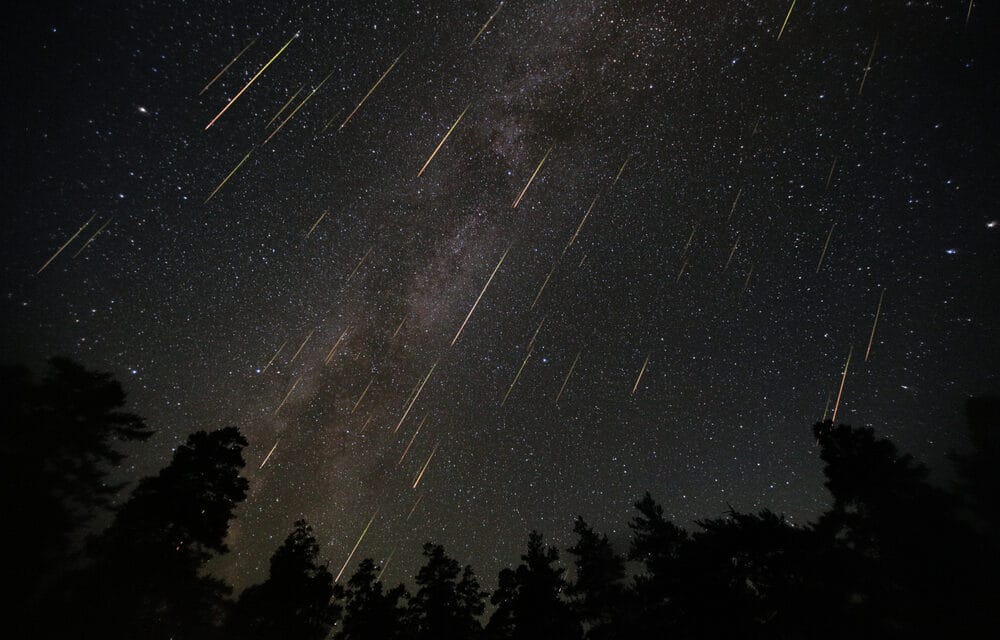 Meteor showers are among the most enjoyable astronomy events with shooting stars streaking through the sky as Earth plows through a field of debris left behind by a comet. Most meteor showers throughout the year are predictable, but the end of Memorial Day weekend will bring a celestial wild card that could outshine every other meteor shower of 2022. Or it may not.

On Monday night into Tuesday morning, the Earth may cross paths with the remnants of comet 73P/Schwassmann-Wachmann (SW3), a defunct comet that broke apart in 1995. After SW3 splintered into countless pieces nearly three decades ago, debris from the breakup could intersect the Earth at the end of Memorial Day weekend. If this comes to fruition, it could spark a brief but intense meteor shower over North America.

The viewing window for the potential meteor storm is anticipated to last only about 30 minutes, spanning from 12:45 to 1:17 a.m. EDT on Tuesday, May 31, according to the American Meteor Society (AMS). “We believe that this event has a chance of being something spectacular,” the AMS explained on its website. “When viewing events such as these, one should expect nothing extraordinary to happen but certainly hope for the best!”

“If it actually passes through this broken up trail, you could see a lot of meteors every hour,” Fraser Cain, publisher of the astronomy outlet “Universe Today,” told KCBS Radio. However, Robert Lunsford of the American Meteor Society says the meteors entering the atmosphere must be larger than normal in order to be seen from the ground.

Because of that, Lunsford says the meteor shower is highly unlikely — but he adds: “We believe that this event has a chance of being something spectacular and that we would be remiss by not publicizing it.”

According to EarthSky.org, the famous Leonid meteor storm of 1966 produced meteors falling at a rate of 40 meteors per second. Witnesses said they felt like they had to clutch the ground because of the impression of Earth moving through space.

NASA says astronomers have been observing the comet for nearly a century, and the comet’s trajectory and path around the sun is well understood. “Amateur and professional astronomers around the world have been tracking its spectacular disintegration for years,” NASA said.