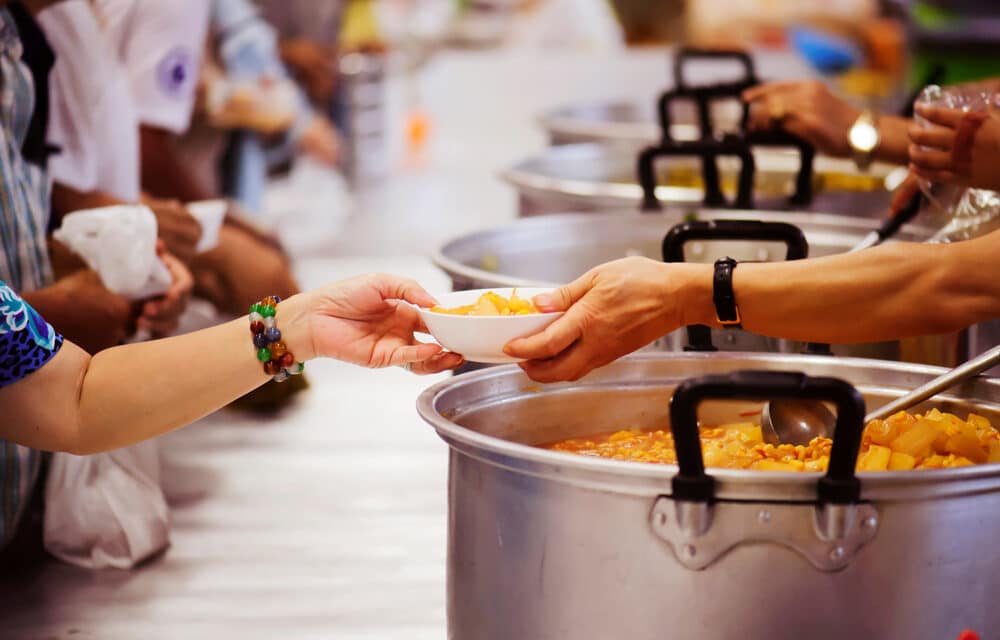 (OPINION) If you think that things are bad now, just wait until we get into the second half of this year. Global food supplies have already gotten very tight, but it is the food that won’t be produced during this current growing season in the northern hemisphere that will be the real problem.

Worldwide fertilizer prices have doubled or tripled, the war in Ukraine has greatly reduced exports from one of the key breadbaskets of the world, a nightmarish bird flu pandemic is wiping out millions of chickens and turkeys, and bizarre weather patterns are absolutely hammering agricultural production all over the planet.

I have often used the phrase “a perfect storm” to describe what we are facing, but even that phrase really doesn’t seem to do justice to the crisis that we will be dealing with in the months ahead. The following are 18 signs that food shortages will get a lot worse as we head into the second half of 2022…

The world’s largest fertilizer company warned supply disruptions could extend into 2023. A bulk of the world’s supply has been taken offline due to the invasion of Ukraine by Russia. This has sparked soaring prices and shortages of crop nutrients in top growing areas worldwide; an early indication of a global food crisis could be in the beginning innings.

#2 The world fertilizer price index has skyrocketed to absurd heights that have never been seen before.

“Global grains stocks remain extremely low, an issue that has become amplified because of Russia’s invasion of Ukraine.

“We think it will take at least 2-3 years to replenish global grains stocks,” Illinois-based CF Industries Holdings Inc.’s president and chief executive officer Tony Will said in a statement in Wednesday’s earnings report.

#4 Due to the war, agricultural exports from Ukraine have been completely paralyzed…

Nearly 25 million tonnes of grains are stuck in Ukraine and unable to leave the country due to infrastructure challenges and blocked Black Sea ports including Mariupol, a U.N. food agency official said on Friday.

The blockages are seen as a factor behind high food prices which hit a record high in March in the wake of Russia’s invasion of Ukraine, before easing slightly in April, the FAO said on Friday.

That rate increased another 9 percentage points in just three weeks in April, and now stands at 40%, the statistics show. In six states — Iowa, South Dakota, North Dakota, Missouri, Texas, and Tennessee — more than half of baby formula was completely sold out during the week starting April 24, Datasembly said.

#6 In six U.S. states, the out-of-stock rate for baby formula has actually risen to 50 percent or greater.

#7 Searches for the phrase “how to make homemade formula for babies” on Google have spiked 120 percent.

#8 We are being told that this is a “perfect storm” as shelves become increasingly bare at food banks all around the nation.

#9 In Canada, more than 1.7 million chickens and turkeys have already been lost in recent months due to the global bird flu pandemic.

#10 In the United States, more than 37 million chickens and turkeys have already been wiped out due to the global bird flu pandemic.

#11 The two largest reservoirs in California, Shasta Lake, and Lake Oroville, have both fallen to “critically low levels”.

#12 Some communities in southern California won’t be able to make it through the coming summer months without “significantly cutting back” on their water usage.

#13 Many of the largest lakes around the world are currently in the process of disappearing because they are rapidly drying up.

#14 Wildfires continue to absolutely devastate agricultural land all across the western half of the United States. This weekend, it was New Mexico’s turn to be hit the hardest…

After a few days of calm that allowed some families who had fled wildfires raging in northeast New Mexico to return to their homes, dangerous winds picked up again Sunday, threatening to spread spot fires and complicate work for firefighters.

More than 1,500 firefighters were on the fire lines at the biggest blaze east and northeast of Santa Fe, which grew another 8 square miles (20 square kilometers) overnight to an area more than twice as large as the city of Philadelphia.

#15 We are being told that steak prices in the United States will “keep rising” in the days ahead.

#16 Due to hail and frost, the Spanish apricot crop is going to be way below expectations…

In Murcia, where around two-thirds of Spain’s apricot production is located, farmers in the Mula River and northwest regions have been forced to write off the entire season following a severe hailstorm on Monday which not only resulted in the loss of the fruit but also caused widespread damage to trees. FULL REPORT