Israel strikes targets near Damascus for second time this week 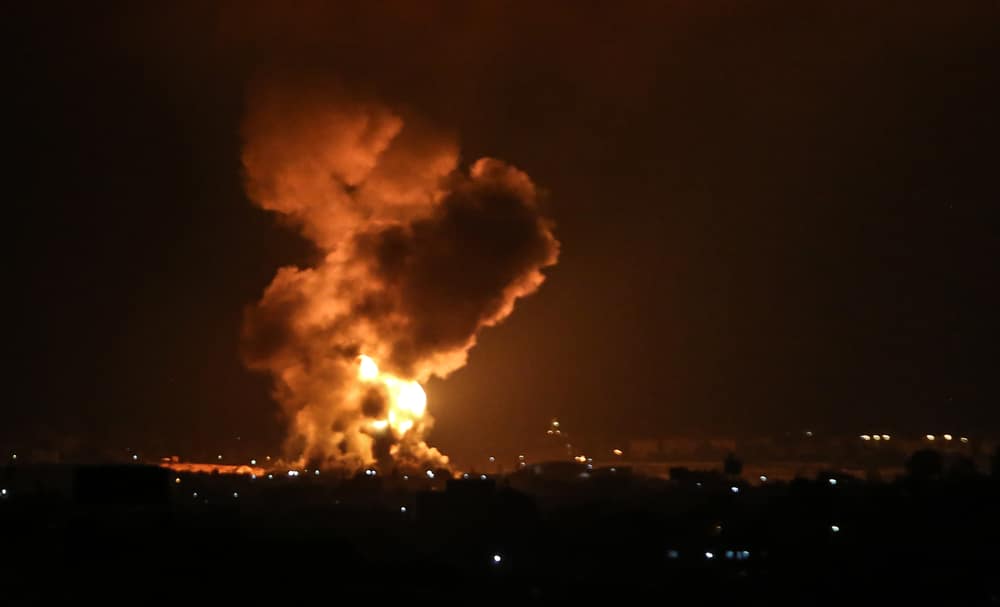 Israeli jets carried out airstrikes near the Syrian capital Damascus on Thursday night for the second time in under a week, Syrian state media said. “An Israeli air raid targeted certain positions near Damascus,” Syrian state news agency SANA said, without reporting any casualties or damage.

As a rule, Israel’s military does not comment on specific strikes in Syria, but has admitted to conducting hundreds of sorties against Iran-backed groups attempting to gain a foothold in the country.

It says it also attacks arms shipments believed to be bound for those groups. On Saturday, a rare daytime alleged Israeli airstrike targeted sites near Masyaf in northwestern Syria, according to Syrian reports. The airstrikes were carried out from over northern Lebanon, with Syrian air defenses responding to the strikes, according to Syrian state news site SANA.

According to SANA, only material damage was caused. The Step News Agency reported that the strikes targeted sites belonging to pro-Iranian militias and scientific research sites in Masyaf.

Satellite imagery from Sentinel Hub shared by open-source intelligence account Aurora Intel showed at least four different targets in the strikes near Masyaf, including the Zawi Defense Factory, the Scientific Studies and Research Center, a Syrian Army complex, and another site far away from Masyaf in Suwaydah.