FALLING AWAY: Unprecedented drop in number of Americans that read their Bible in past 12 months 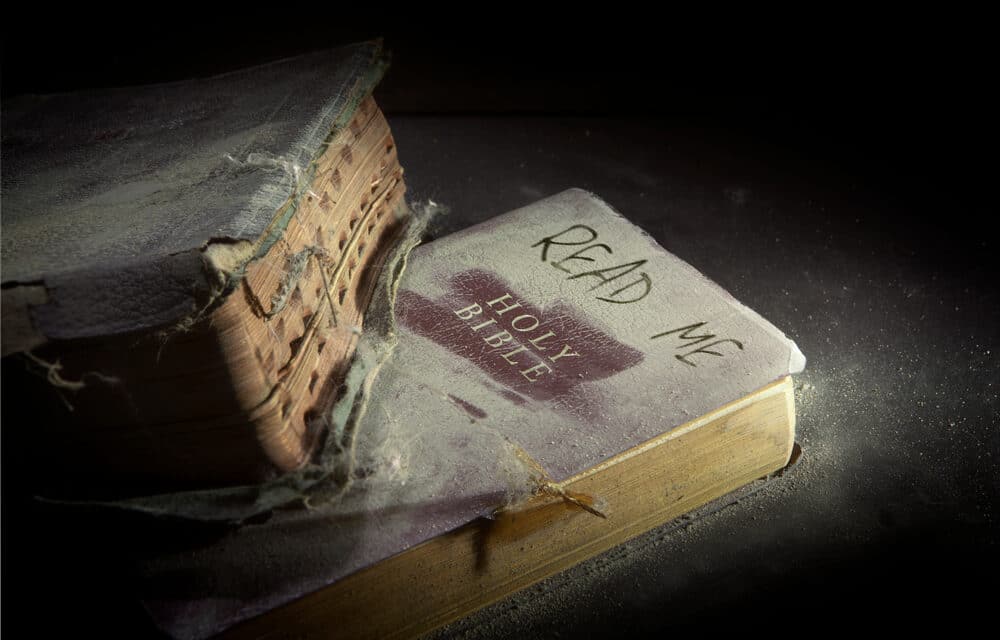 (OPINION) There has been an “unprecedented drop” in the number of Bible users in the United States since last year, according to a report released by the American Bible Society.

The 2022 State of the Bible report, released Wednesday, based its findings on responses collected from a survey of 2,598 U.S. adults conducted in January. The 12th annual report asked Americans a variety of questions about their Bible use and their thoughts on its role in society.

A preface to the report also highlights changes in the percentage of Bible users in the U.S. over time. The American Bible Society defines Bible users as “those who use the Bible at least 3-4 times each year on their own, outside of a church setting.”

More than half (60%) of Americans use the Bible less than three to four times a year. A plurality (40%) of those surveyed never read the Bible on their own, while 12% read it less than once a year and 8% look at it once or twice a year.

The State of the Bible report also demonstrates what the American Bible Society describes as a “major decrease in Scripture Engagement,” which is defined as “consistent interaction with the Bible that shapes people’s choices and transforms their relationships with God, self, and others.” The estimated number of Scripture-engaged Americans dropped from 64 million in 2021 to 49 million in 2022. At the same time, the estimated number of Bible disengaged Americans rose from 100 million last year to 145 million this year.