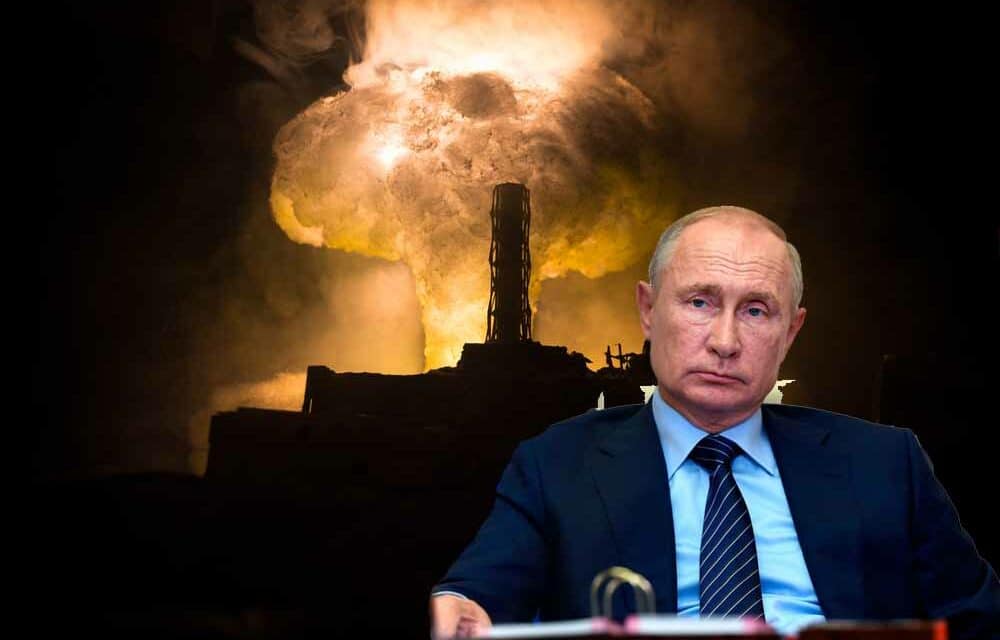 Vladimir Putin has ordered the preparation of a “terrorist attack” on the Chernobyl nuclear power plant, according to Ukrainian officials. The Intelligence Directorate of the Ministry of Defence of Ukraine believes the Russian leader is planning a ‘technological catastrophe’ at the power station which was destroyed in 1986.

Intel chiefs warned that the disaster will be blamed on the Ukrainians and said Putin is prepared to commit ‘nuclear blackmail’ on the world if his invasion fails. The Intelligence Directorate wrote on Facebook: “According to the available information – Vladimir Putin ordered the preparation of a terrorist attack at the Chernobyl nuclear station.

“The creation of a technological catastrophe is planned at the controlled Russian forces of the CAEC (Chernobyl), the responsibility for which the occupiers will try to translate to Ukraine.

“At the moment, the CAEC is completely disconnected from the monitoring systems of the International Atomic Energy Agency (MAGATE). The station has been disrupted. The resource of existing diesel generators is calculated for 48 hours of security systems to support.

“Occupiers refused to give access to the station Ukrainian repairman. Instead, there, according to the instruction of Alexander Lukashenko, “Belarusian specialists” came in. Among them, under the guise of atomic (experts) also enter Russian dissidents to organise a terrorist attack.”

Ukraine’s intel chiefs added: “Without getting the desired result from the ground military operation and direct negotiations, Putin is ready to commit to the nuclear blackmail of the world community for the sake of actions to support Ukraine.”