Putin has just made a declaration that moves Europe closer to war, US and EU announce sanctions against Russia 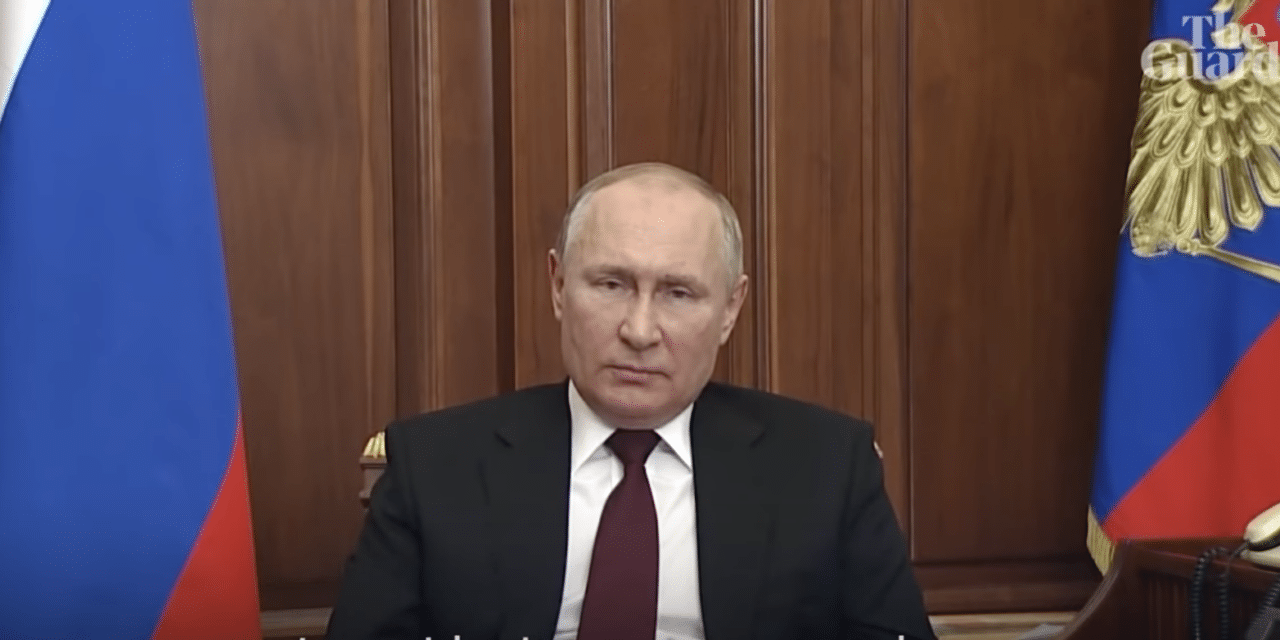 Russian President Vladimir Putin just took one step closer to invading Ukraine Monday, which could lead to another war in Europe. Putin said he will recognize the independence of two breakaway regions of eastern Ukraine, Donetsk People’s Republic and Luhansk People’s Republic, according to a statement from the Kremlin.

Russian President Vladimir Putin on Monday formally recognized the independence of two Moscow-backed breakaway regions in eastern Ukraine, where Russia has been supporting armed separatists in an eight-year conflict. The move by Putin was seen by the United States and its European allies as a dramatic provocation and possibly part of a pretext to invade Ukraine.

The U.S. and European Union both swiftly announced sanctions. Many experts believe that Moscow’s formal recognition will effectively scuttle a previous ceasefire agreement that some Western allies hoped could provide a route out of the crisis. In a wide-ranging televised speech Monday evening, Putin described Ukraine as a historical part of Russia that was illegitimately taken from Moscow and is now run by a “puppet regime” controlled by the U.S. and the West.

“Ukraine is not just a neighboring country, they are a part of our culture,” he said. Prior to Putin’s remarks, US Secretary of State Antony Blinken had promised “a swift and firm response” from the US and its allies if Russia moves to recognize Ukraine’s breakaway regions as part of Russian territory, calling such a move a “gross violation of international law.”

Earlier on Monday, Putin held a highly choreographed televised meeting with his top officials, accusing Kyiv of carrying out acts of aggression. Putin also accused the West of threats and blackmail during the previously unscheduled convening of the Russian security council that, in an unusually theatrical setting, was shown on television.

The broadcast aired just hours after the White House announced that US President Joe Biden agreed “in principle” to French-brokered talks with Putin as long as Russia does not further invade Ukraine. The Kremlin said earlier on Monday that there were “no concrete plans” for a meeting. Speaking about the possibility of talks with Biden, Putin — who held two lengthy phone calls with the French President Emmanuel Macron on Sunday — hinted he was skeptical.