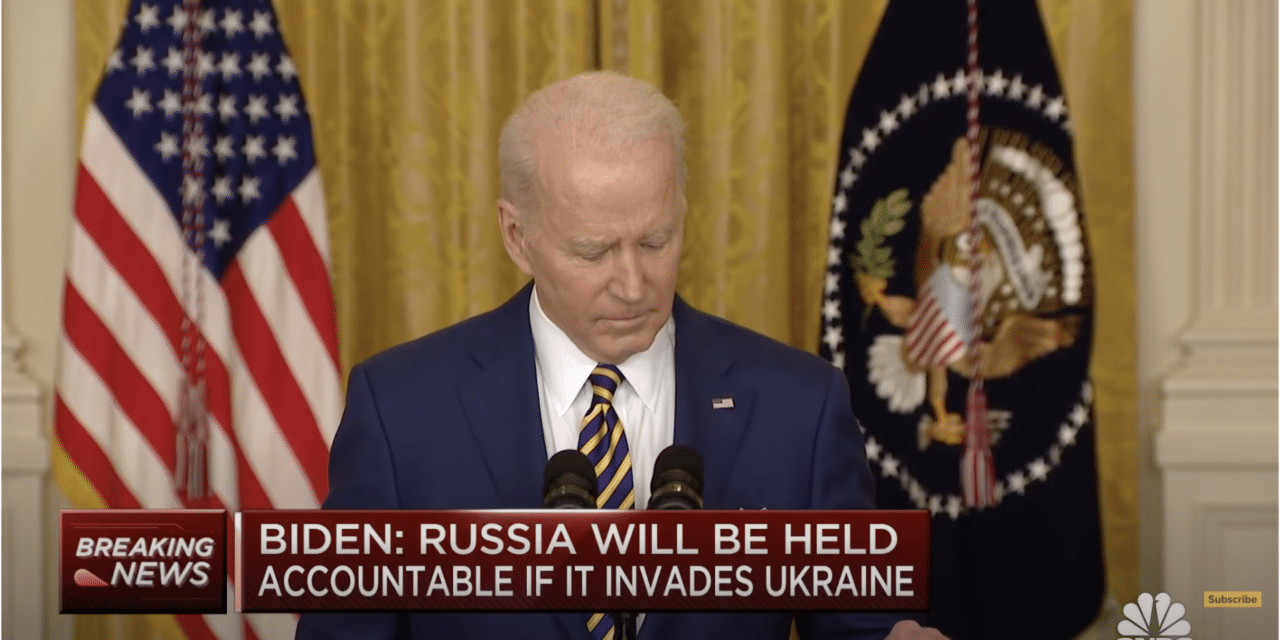 U.S. President Joe Biden predicted on Wednesday that Russian President Vladimir Putin will make a move into Ukraine and said Russia would pay dearly for a full-scale invasion, with its businesses possibly losing access to the U.S. dollar.

“My guess is he will move in,” Biden told a news conference. “He has to do something.” The Kremlin has massed some 100,000 troops near Ukraine’s borders, a buildup that the West says is preparation for a war to prevent Ukraine from ever joining the NATO Western security alliance.

Russia denies planning an invasion. Biden told reporters he believed Putin would test Western leaders and he said that the response to any Russian invasion would depend on the scale of Moscow’s actions and whether U.S.  allies squabbled over how to react.

NBC News reported that the declaration from Biden was striking given the escalating tensions there and the continued efforts by America and its allies to find a diplomatic solution. Biden said Putin “will be held accountable” and has “never have seen sanctions like the ones I promised will be imposed” if Russia makes further moves against Ukraine.

He added the U.S. would increase its troop levels in the region, including in Poland, keeping with obligations under the NATO treaty. But Biden appeared to hedge his threats, distinguishing between a “minor incursion” and a full-blown attack.