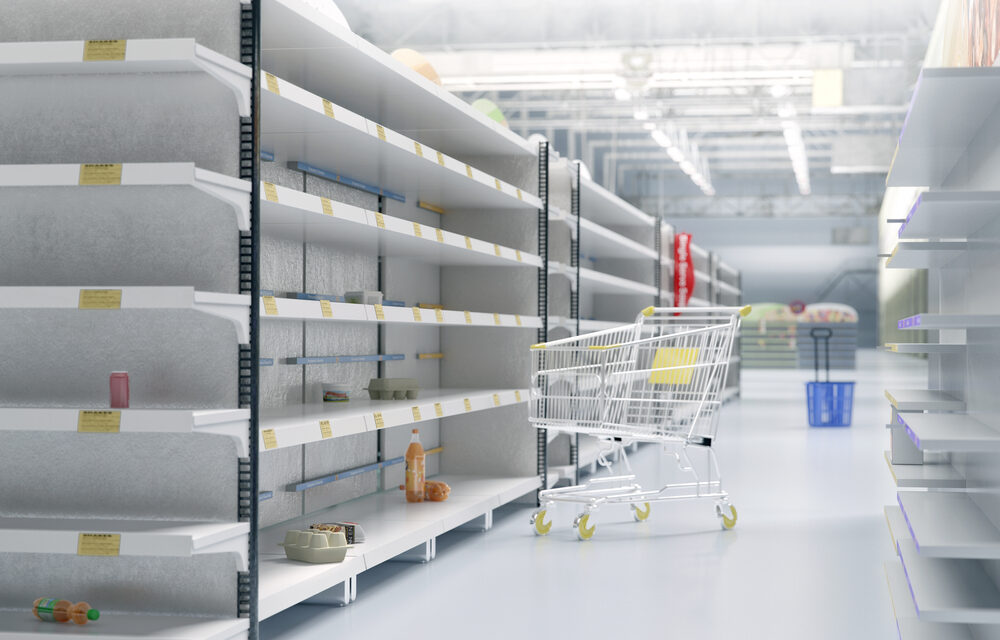 (OPINION) A year ago, we were promised that the Biden regime would be leading us into a new golden era of prosperity. Obviously, that has not happened. Instead, we are dealing with bare store shelves and painfully high prices from coast to coast.

Many are comparing this crisis to the Jimmy Carter era of the 1970s, but we didn’t have persistent shortages for months on end back then. At this point, nobody can deny what is happening. Even the Washington Post is admitting that “social media is swamped with pictures of empty grocery shelves”.

The Biden administration promised to resolve our supply chain problems, but they just keep getting worse. When Fox News asked one grocery shopper about the empty shelves, he delivered a chilling response that many of us will not forget any time soon: “It’s like a Soviet store during 1981. It’s horrible.”

Prior to the pandemic, many Americans believed that it was impossible for something like this to ever happen in the United States of America. But it is happening. Another shopper that was interviewed by Fox News actually used the word “starving” in his response…

Larry, another D.C. shopper, told Fox News: “Whatever it is, I know they need to hurry up and get this straightened out because people will be starving. It’s going to get rough if it keeps on continuing like that.” Multiple shoppers rattled off a litany of groceries they couldn’t find, ranging from milk to beverages to produce.

“Everything, meat, egg, dairy, certain breads were out, most vegetables, it was all fresh items,” one man said as he left a Giant grocery store. No, nobody in this country is going to be “starving” in the near future, but without a doubt, things are starting to get really crazy.

In fact, things are so bad that even CNN has been forced to admit that our store shelves are being “wiped clean”… Grocery store shelves across America are wiped clean, and they’re staying empty as stores struggle to quickly restock everyday necessities such as milk, bread, meat, canned soups, and cleaning products.

Disgruntled shoppers have unleashed their frustration on social media over the last several days, posting photos on Twitter of bare shelves at Trader Joe’s locations, Giant Foods, and Publix stores, among many others. If fear of Omicron can do this, what would our country look like during a major long-term national emergency?

You might want to start thinking about that. Grocery chains are very much aware that a wave of “panic buying” has erupted around the nation, and so they are trying to do what they can to keep it from getting even worse… Grocery stores certainly are aware of the empty shelves, Lempert said, and they are trying to mitigate panic buying, which only worsens it the situation.

One strategy: Fanning out products. They’re doing this by putting out both limited varieties and limited quantities of each product in an attempt to prevent hoarding and stretch out their supplies between deliveries. But fanning out products isn’t really going to fool anyone.

We can all see what is going on, and all of the photos that are going up on social media are just going to fuel the frenzy even more. The good news is that at least things are better in this country than they are in much of the rest of the globe. For example, people in Cuba are now waiting up to 11 hours in line just to get some food…

“I spent almost all night here just to buy something. It is not easy, it is a big sacrifice just to be able to eat,” shopper Edelvis Miranda, 47, told AFP at a market in Havana last week. The homemaker had taken her place in the queue at about 1:00 am, and finally left around 11 hours later, just before noon. So be thankful for the blessings that we still have. FULL REPORT