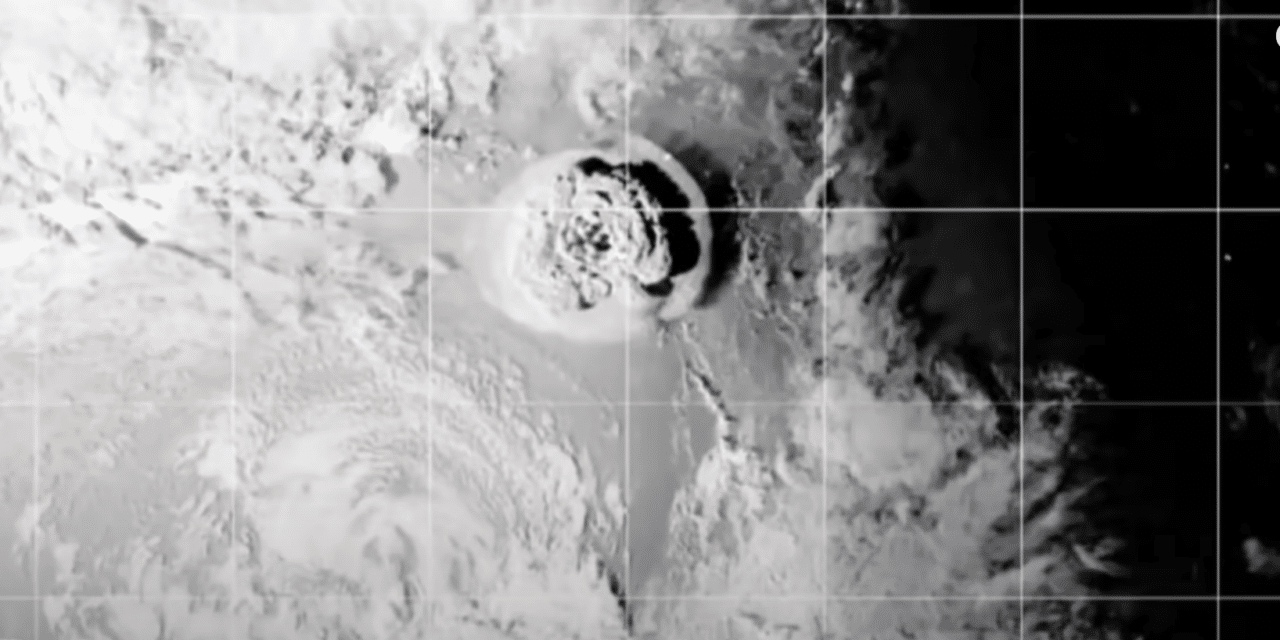 A thick layer of ash covering entire island communities can be seen in the first images of disaster-hit Tonga to emerge following what experts believe to be the world’s biggest volcanic eruption in more than 30 years according to a new report from CNN.

Aerial photos released by the New Zealand Defense Force from Tonga’s central Ha’apai islands show trees, homes and fields coated in gray ash — spewed out by the Hunga-Tonga-Hunga-Ha’apai undersea volcano as it erupted on Saturday, sending tsunami waves crashing across the Pacific.

Satellite images show a similar scene in the capital’s Kolofo’ou district, on Tonga’s main island, with trees and homes completely blanketed by volcanic debris. Some buildings appear to have collapsed and aid workers are now concerned about water contamination and food security in the district.

“This is a pretty big event – it’s one of the more significant eruptions of the last decade at least,” he told the BBC. “The most remarkable thing about it is how rapidly and violently it’s spread. This one was larger, a much wider lateral spread, much more ash was produced.

I expect there to be many centimeters of ash that have been deposited on Tonga.” A spokesperson for the Australian government said the prime minister and minister for foreign affairs were monitoring the situation and ready to provide support on request. A tsunami warning has been issued for parts of Australia’s east coast and Tasmania.

In New Zealand, which is more than 2,300km away from Tonga, the National Emergency Management Agency said coastal areas on the north and east coast of the North Island could see “strong and unusual currents and unpredictable surges at the shore”.Local  forecaster Weather Watch tweeted about the eruption: “The energy release is simply astonishing”, adding: “Reports of people hearing the sonic booms across New Zealand.”