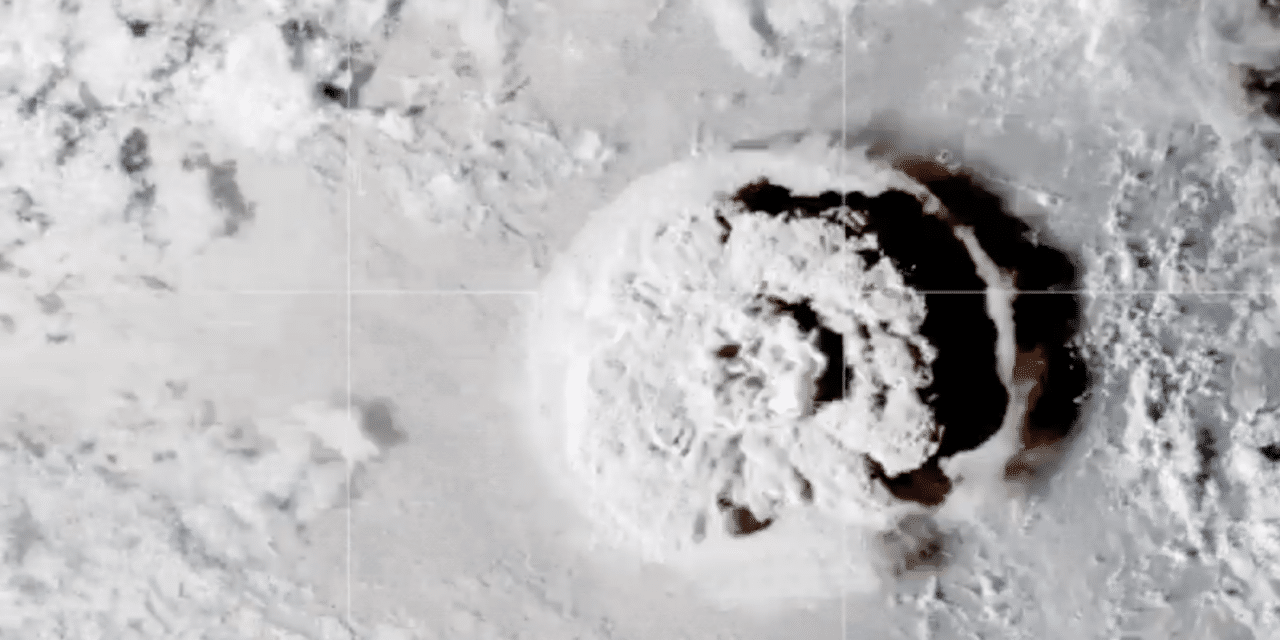 The eruption this month of an underwater volcano near Tonga was hundreds of times more powerful than the Hiroshima atomic bomb, according to NASA.

Jim Garvin, the chief scientist at NASA’s Goddard Space Flight Center, said the eruption of the Hunga-Tonga-Hunga-Ha’apai volcano on January 15 released “hundreds of times the equivalent mechanical energy of the Hiroshima nuclear explosion,” referring to one of two atomic bombs dropped by the United States on Japan during World War II.

“This is a preliminary estimate, but we think the amount of energy released by the eruption was equivalent to somewhere between 4 to 18 megatons of TNT,” Garvin said on NASA’s Earth Observatory website. In comparison, scientists estimate the 1980 Mount St. Helens eruption released 24 megatons of energy, and Krakatoa — one of the biggest volcanic events in history — erupted in 1883 with 200 megatons, according to NASA.

CNN stated that in comparison, scientists estimate the 1980 Mount St. Helens eruption released 24 megatons of energy, and Krakatoa — one of the biggest volcanic events in history — erupted in 1883 with 200 megatons, according to NASA.

The eruption near Tonga sent volcanic material surging as high as 40 kilometers (25 miles) into the atmosphere and generated tsunami waves up to 49 feet (15 meters) high that hit parts of the archipelago including the Pacific nation’s main island. A volcanic cloud extended to cover all of the country’s roughly 170 islands, according to Tonga’s Prime Minister, impacting the entire population of more than 100,000 people.

Scientists have never seen anything quite like it, saying the eruption may be of a previously unknown type, according to NASA’s Earth Observatory. NASA scientist Jim Garvin, along with researchers from Columbia University, the Tongan Geological Service, and the Sea Education Association, had been tracking changes to the island over time using satellites and ground-based observations. The scientists will continue to monitor the area for signs of volcanic activity and new growth. As for the island hosting tourists, new hotels, and games of shuffleboard, not so much.