The US Dollar has entered a death spiral, and inflation is only going to get worse 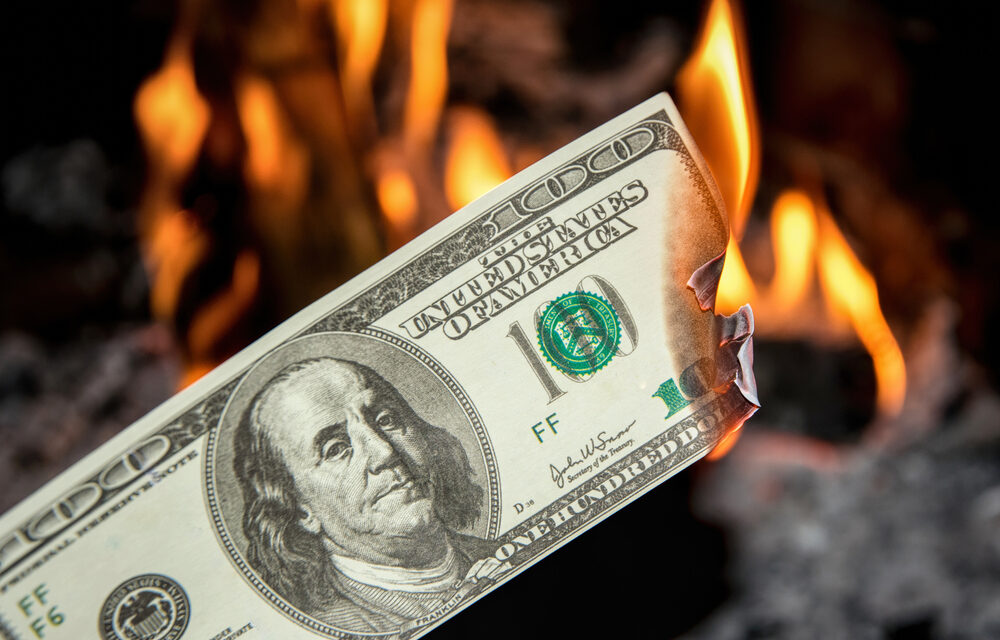 (OPINION) Did anyone out there actually expect things to turn out differently? When the federal government kept borrowing and spending trillions upon trillions of dollars that we did not have, we were warned that this day was coming.

And when the Federal Reserve kept pumping trillions upon trillions of fresh dollars into our financial system, we were warned that this day was coming. So why is anybody surprised by what is happening at this point? On Wednesday, it was being reported that in December the U.S. consumer price index rose at the fastest pace in nearly 40 years…

Inflation rose at the fastest pace in nearly four decades in December, as rapid price gains fueled consumer fears about the economy and sent President Biden’s approval rating tumbling. The consumer price index rose 7% in December from a year ago, according to a new Labor Department report released Wednesday, marking the fastest increase since June 1982, when inflation hit 7.1%.

The CPI – which measures a bevy of goods ranging from gasoline and health care to groceries and rents – jumped 0.5% in the one-month period from November. They keep telling us that the consumer price index was actually increasing at a faster rate back in 1982, but whenever the corporate media makes such a claim they are not being honest.

The way that the consumer price index is calculated has been changed more than two dozen times since 1980, and every single time it has been changed the goal was to make the rate of inflation look smaller. According to John Williams of shadowstats.com, if the consumer price index was still calculated the way it was back in 1990, the official rate of inflation would be above 10 percent right now.

And if the consumer price index was still calculated the way it was back in 1980, the official rate of inflation would be above 15 percent right now. But 7 percent sounds a whole lot better than 15 percent, doesn’t it? We can get a better picture of what is really going on out there when we start looking at individual categories. The following category numbers were posted earlier today by Citizen Free Press…

Unfortunately, it looks like the price of gasoline will soon go even higher. In fact, Reuters is telling us that some analysts are projecting that the price of oil could soon exceed 100 dollars a barrel…

Oil prices that rallied 50% in 2021 will power further ahead this year, some analysts predict, saying a lack of production capacity and limited investment in the sector could lift crude to $90 or even above $100 a barrel. It takes energy to transport virtually all of the goods that we purchase on a regular basis, and so a higher price for gasoline will cause inflationary pressure throughout our entire economy. READ MORE