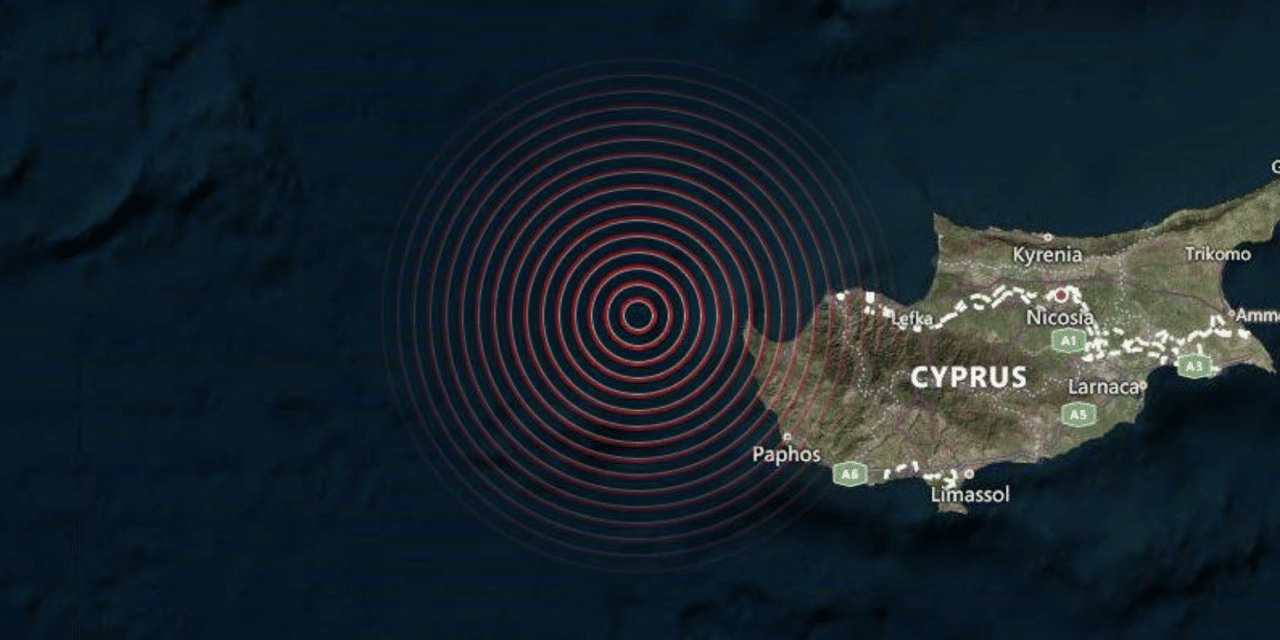 A powerful earthquake with a preliminary magnitude of 6.6 has struck the Mediterranean Sea off the coast of Cyprus, with shaking felt as far away as Turkey, Syria, Lebanon, Israel, and Egypt, seismologists and residents say.

The U.S. Geological Survey (USGS) put the magnitude at 6.6 with a depth of 19 kilometers (12 mi), making it a very shallow earthquake. The European-Mediterranean Seismological Centre (EMSC) put the magnitude slightly lower, at 6.5.

The Times of Israel stated that Cyprus lies in a secondary earthquake-prone zone, but tremors of such magnitude are uncommon. The biggest quake in recent years was a magnitude 6.8 in 1996,

which killed two people in Paphos along the west coast. In Israel, people reported feeling tremors across the country. There was no immediate report of damage or injuries. The Mediterranean island is some 450 kilometers (280 miles) from Israel.