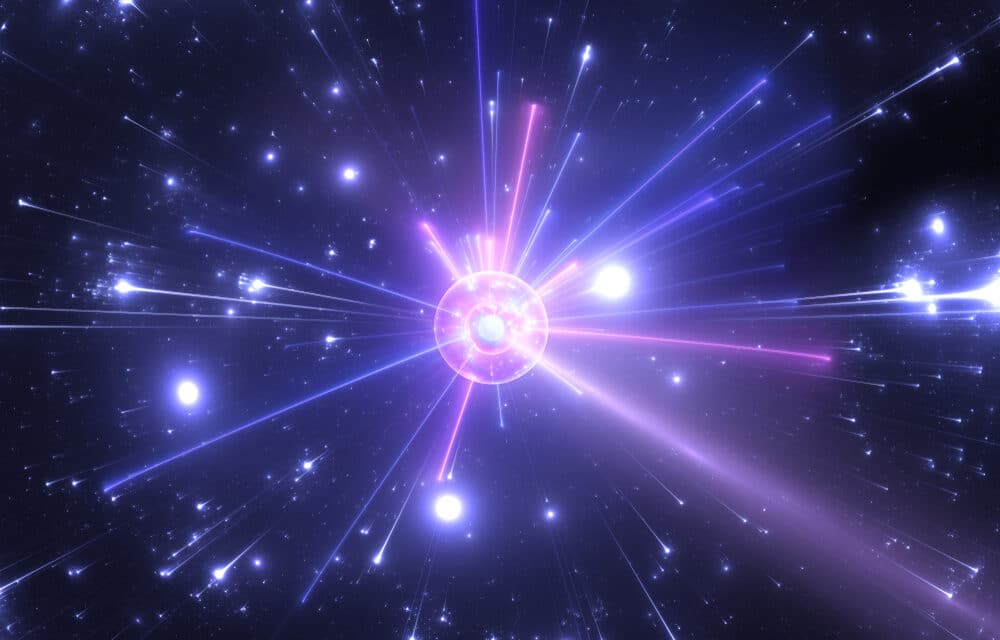 Physicists at the world’s largest atom smasher have detected a mysterious, primordial particle from the dawn of time. About 100 of the short-lived “X” particles — so named because of their unknown structures — were spotted for the first time amid trillions of other particles inside the Large Hadron Collider (LHC), the world’s largest particle accelerator, located near Geneva at CERN (the European Organization for Nuclear Research).

These X particles, which likely existed in the tiniest fractions of a second after the Big Bang, were detected inside a roiling broth of elementary particles called a quark-gluon plasma, formed in the LHC by smashing together lead ions. By studying the primordial X particles in more detail, scientists hope to build the most accurate picture yet of the origins of the universe. They published their findings Jan. 19 in the journal Physical Review Letters.

According to VICE, X particles were initially detected in a 2003 experiment, but they decayed too quickly to be analyzed in detail. The new discovery marks the first time that they have been captured inside quark-gluon plasma, enabling scientists to hone in some of the properties that have, so far, evaded characterization.

The discovery of X particles in quark-gluon plasma “is very difficult and new!” said Yen-Jie Lee, who is the Class of 1958 Career Development associate professor of physics at MIT and lead author of the new study, in an email.

“First of all, quark-gluon plasma produces tens of thousands of particles,” he noted, which is orders of magnitude more than the 2003 experiment recorded by the Belle detector in Japan’s KEKB facility, which produced decay signatures from a few X particles.

In addition, the “experiment done at CMS with relativistic heavy-ion collisions is much more similar to how nature produces X particles in the early universe,” Lee continued. For this reason, the CMS technique has opened up a new way to probe the structure and behavior of these particles in unprecedented detail, which will help shed light on the murky beginnings of the cosmos.