Newsom slams DeSantis: ‘We’d have 40,000 more Californians dead if we took his approach’ 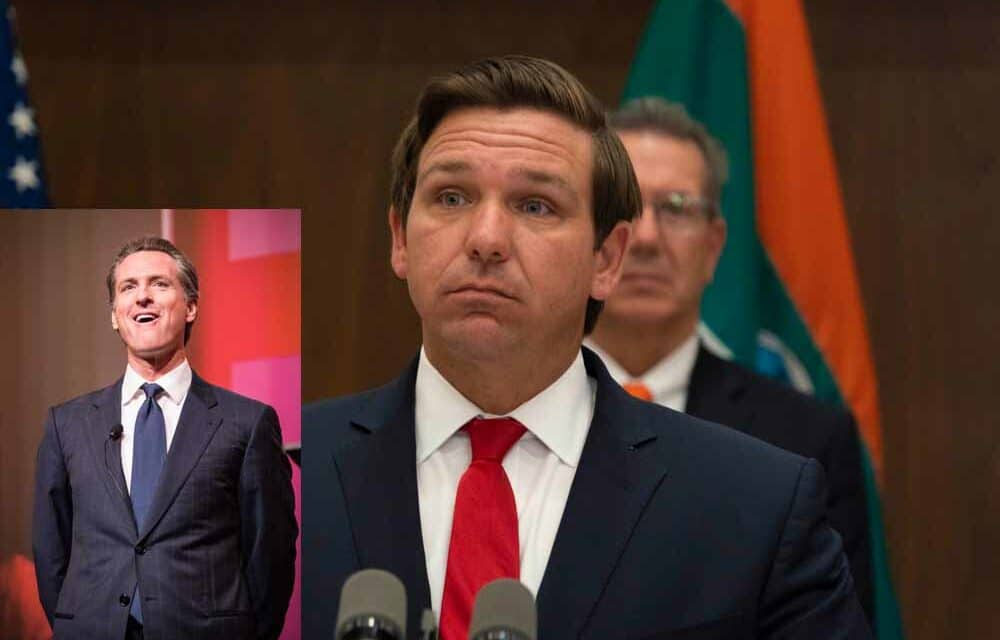 And while neither mentioned the other by name, both took the opportunity to disparage the other’s COVID-19 policies in the process. “Across the nation we see students denied an education due to reckless, politically motivated school closures, workers denied employment due to heavy-handed mandates, and Americans denied freedoms due to a coercive biomedical apparatus,” DeSantis said Tuesday during what one pundit described as his “first 2024 speech.”

“These unprecedented policies have been as ineffective as they have been destructive.” Asked by Yahoo News to respond to Republican attacks, Newsom didn’t mince words. “They’re performance artists, some of these people,” the governor snapped. “All you have to do is watch Fox and then just decide to plug in.

I mean, it’s about the easiest thing I’ve seen in politics. It’s just, ‘What’s the ticker on Fox primetime?’” “With respect, we’d have 40,000 more Californians dead if we took [DeSantis’s] approach,” Newsom continued. “I do not look for inspiration to that particular governor … to not only the pandemic, but to other policy, including the absurdity that was his ‘woke’ initiative and the laughability around stopping something that doesn’t exist, around critical race theory — just playing in and placating the right-wing punditry.