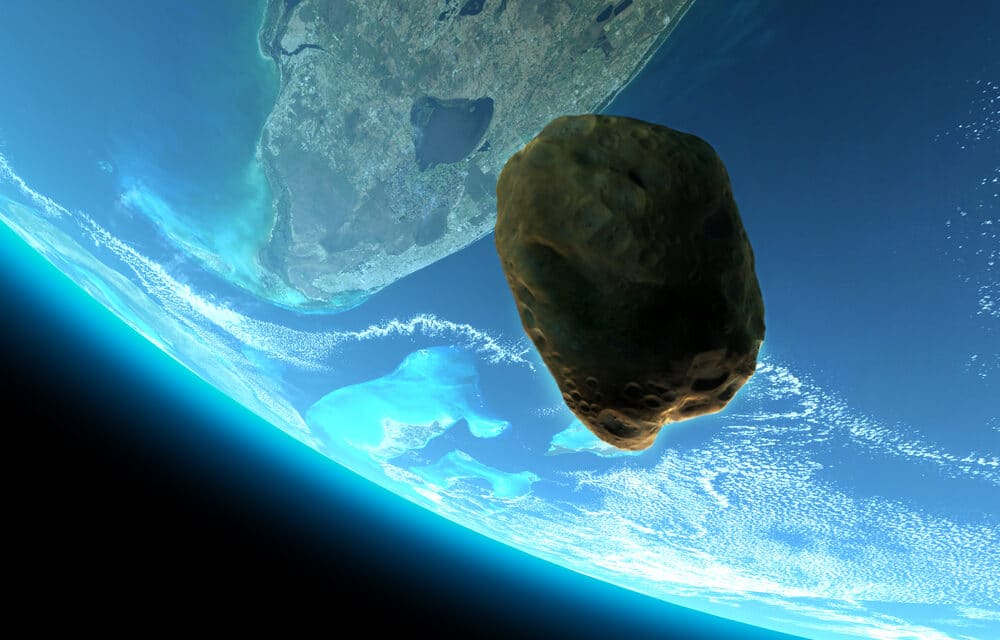 Devastating asteroids have the potential to “sneak up” on Earth undetected according to a new report from The Daily Star. Nasa-funded scientists have found that the way the Earth rotates and orbits the sun means objects darting towards us at night can slip through a network of computerized telescopes.

A “near miss” of a 100-meter asteroid bolting past Earth only 43,000 miles away was enough to rattle the astronomical community in 2019. Given that it was spotted only 24 hours earlier, the US Congress tasked Nasa with identifying 90% of asteroids bigger than 140 meters which could destroy a large city if it landed.

As part of Nasa’s instructions to combat asteroid threats it launched a heavy spaceship last year to smash into the moonlet of a comet to knock it off course. The Sun went further to report that they are programmed to consider that objects heading towards Earth seem to drift west in the sky due to the planet’s eastward spin on its axis.

But when asteroids approach from the eastern sky, Earth’s spin and curved orbit around the sun can make the objects appear stationary. The chilling revelation, published in the journal Icarus, explained that 50 percent of impactors heading to Earth from the east are thought to experience periods of slow motion, making them hard to detect. The team wrote: “Surveys should take extra care when surveying the sky in this direction, and aggressively follow up new slow-moving objects.”

This study was prompted by one such incident in 2019. According to the Jerusalem Post, On July 25, 2019, an asteroid known as 2019 OK skimmed past Earth at a distance of just around 70,000 kilometers. For comparison, the distance between the Earth and the Moon is just around 384,000 kilometers, making it a far closer brush.

This asteroid was around 100 meters in diameter, the largest known object to ever have such a close brush with Earth since the Tunguska impact incident in 1908, and thankfully did not impact the planet. But the worrying part is that scientists only noticed it around 24 hours before its close approach.