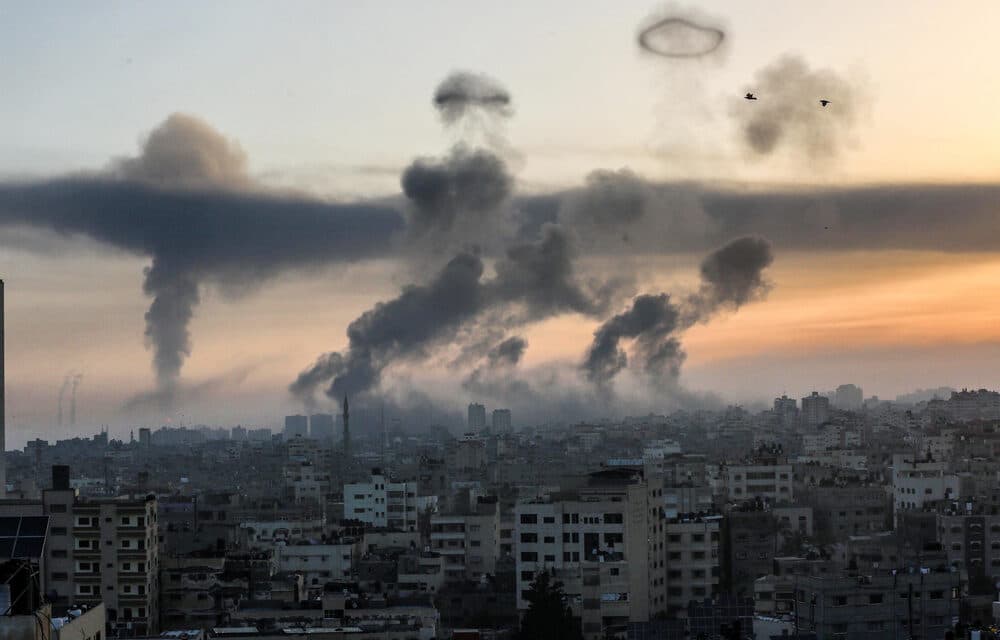 Palestinian terrorists fired surface-to-air missiles (SAMs) towards Israel Air Force helicopters during airstrikes against targets in the Gaza Strip in retaliation for the two rockets that had been fired earlier towards central Israel earlier that morning according to the Jerusalem Post.

According to reports in the Hamas-run enclave, operatives fired SA-7 missiles as well as a number of test rockets towards the sea. Groups in the Strip have fired SAMs towards Israeli platforms during past operations over the Gaza Strip, none have caused any damage, including during the strikes on Saturday evening.

The IDF confirmed to The Jerusalem Post that missiles were fired at the helicopters. The Soviet-designed SA-7 is a shoulder-fired surface-to-air missile that was designed to target aircraft flying at low altitudes. Two rockets launched from the Hamas-run Gaza Strip fell in the Mediterranean Sea off the coast of central Israel early on Saturday morning.

The strike followed two rocket launches that were identified from the Gaza Strip toward the Mediterranean. The rockets fell off the coast of the Tel Aviv metropolitan area. According to protocol, no sirens were sounded and no interception took place,” the IDF Spokesperson’s Unit said in a statement. The rockets were heard in the cities of Tel Aviv, Holon, Bat Yam, and Rishon Lezion.