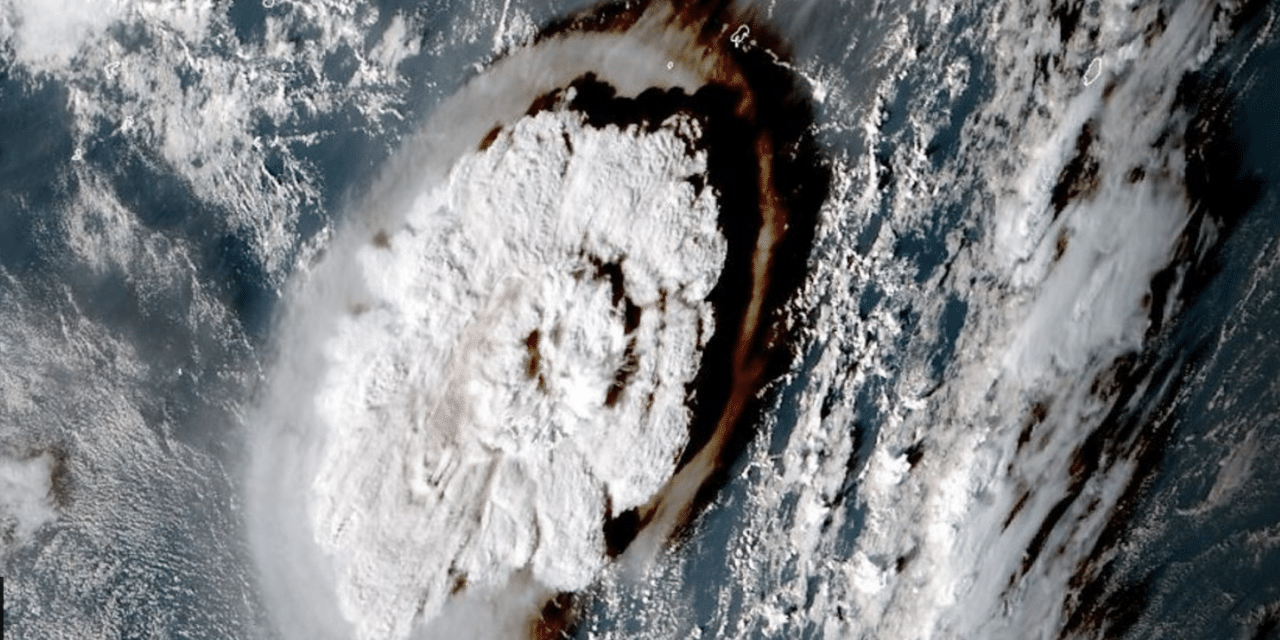 UPDATE: Waves between 1 and 4 feet were reported from California to Alaska Saturday after a tsunami advisory was issued because of a volcanic eruption in the South Pacific.

The advisory was issued for Hawaii and the U.S. Pacific Coast including California, Oregon, Washington and parts of Alaska early Saturday morning after the undersea volcano erupted near the island nation of Tonga.

A wave of 4.3 feet was reported in Port San Luis California, according to the National Weather Service. Large waves were also reported in King Cove, Alaska, La Push, Washington, and several other locations.

Two people were transported to the hospital after being swept into the water Saturday afternoon at San Gregorio State Beach, according to local fire officials. One was taken by helicopter.

Individuals are encouraged to move off beaches & out of harbors & marinas.

Be alert for instructions from your local emergency officials https://t.co/Np2JaqUVDI

A tsunami struck Tonga’s largest island, Tongatapu, and reportedly sent waves flooding into the capital after an underwater volcano in the South Pacific exploded in a violent eruption on Saturday, sending a cloud of ash and gas steam into the air Satellite imagery shows a massive ash cloud and shockwaves spreading from the eruption.

A tsunami warning has been issued for the islands of Tonga. Tsunami advisories have also been issued as far away as New Zealand’s North Island. Waves crossed the shoreline of Tonga’s capital, Nuku’alofa, on Saturday, flowing onto coastal roads and flooding properties, according to CNN affiliate Radio New Zealand (RNZ).

Tsunami videos out of Tonga 🇹🇴 this afternoon following the Volcano Eruption. pic.twitter.com/JTIcEdbpGe

Tonga’s King Tupou VI was evacuated from the Royal Palace after the tsunami flooded the capital, RNZ reported, citing local media reports that a convoy of police and troops rushed the monarch to a villa at Mata Ki Eua.

BBC News reported that the eruption of the Hunga Tonga-Hunga Haʻapai volcano was heard across the South Pacific, reportedly as far as New Zealand and Australia. Tonga’s capital lies just 65km north of the volcano, on the country’s main island of Tongatapu.

This is the moment tsunami waves crash into Tonga, after an underwater volcano erupted earlier on Saturday.

👉 Keep up with the 1News LIVE updates on this developing story: https://t.co/GRqRXeuqhV pic.twitter.com/kBG7nxSj51

One Tonga resident, Mere Taufa, said the eruption hit as her family was preparing for dinner, and her younger brother thought bombs were exploding nearby. “My first instinct was to take cover under the table, I grabbed my little sister, and screamed at my parents and others in the house to do the same,” New Zealand news site Stuff.co.nz quoted her as saying.

Ms. Taufa said the next thing she knew, water was rushing into their home. “You could just hear screams everywhere, people screaming for safety, for everyone to get to higher ground,” she added.