Doomsday Clock stands at 100 seconds to midnight, World ‘remains in an extremely dangerous moment’, Closest ever to Apocalypse 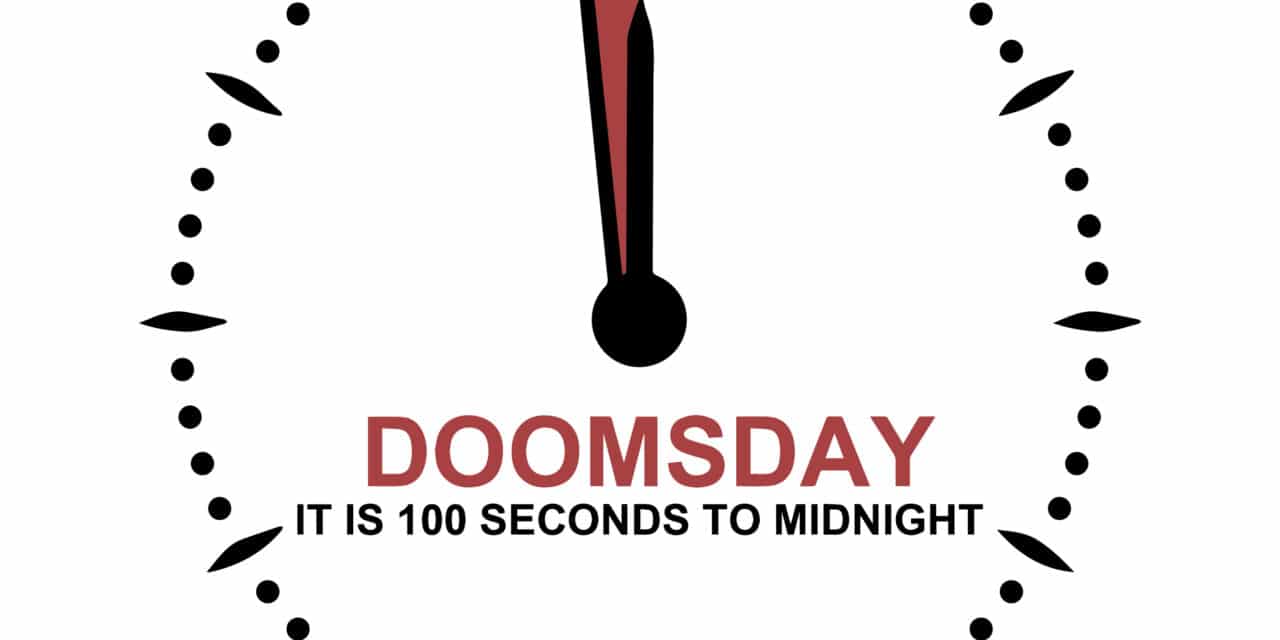 (OPINION) Doomsday is as close today as it was yesterday, according to a hypothetical timepiece known as the Doomsday Clock; for the second year in a row, the clock’s hands hover at 100 seconds to midnight — the hour of humanity’s destruction.

However, it’s still not too late to turn back the clock’s hands and make the world safer for people worldwide, said “timekeepers” with the Bulletin of the Atomic Scientists (BAS). Representatives of the nonprofit announced the clock’s new time on Thursday (Jan. 20), at a virtual press event, which you can watch on Live Science.

The past year included “several bright spots and many disturbing trends,” including the alarming rise of online misinformation that curbed progress in mitigating the COVID-19 pandemic and hindered strategies for addressing climate change, BAS President and CEO Rachel Bronson said at the press event.

The 2022 Doomsday Clock statement explains that the “decision does not, by any means, suggest that the international security situation has stabilized. On the contrary, the clock remains the closest it has ever been to the civilization-ending apocalypse because the world remains stuck in an extremely dangerous moment.”

Rachel Bronson, president, and CEO of the Bulletin of the Atomic Scientists said the clock “continues to hover dangerously, reminding us about how much work is needed to be done to ensure a safer and healthier planet. We must continue to push the hands of the clock away from midnight.”

“It’s an imperfect metaphor,” Michael E. Mann, a climate scientist at Pennsylvania State University, told CNN, highlighting that the clock’s framing combines different types of risk that have different characteristics and occur in different timescales. Still, he adds it “remains an important rhetorical device that reminds us, year after year, of the tenuousness of our current existence on this planet.”

Theoretical physicist and former member of the Bulletin’s Board of Sponsors Lawrence Krauss said it can be difficult to take the clock’s results seriously since it’s been ticking dangerously close to the end of civilization in the last few decades. Each year, he said, as the clock nears midnight, scientists would have to gauge how much available “real estate” is left before deciding on how much farther to move the clock.

“Now, it ticks in seconds; it used to be minutes,” Krauss told CNN. “It is clearly not a quantifiable scientific assessment, more of a qualitative one. What has always been important is the movement of the clock, not its absolute value.”