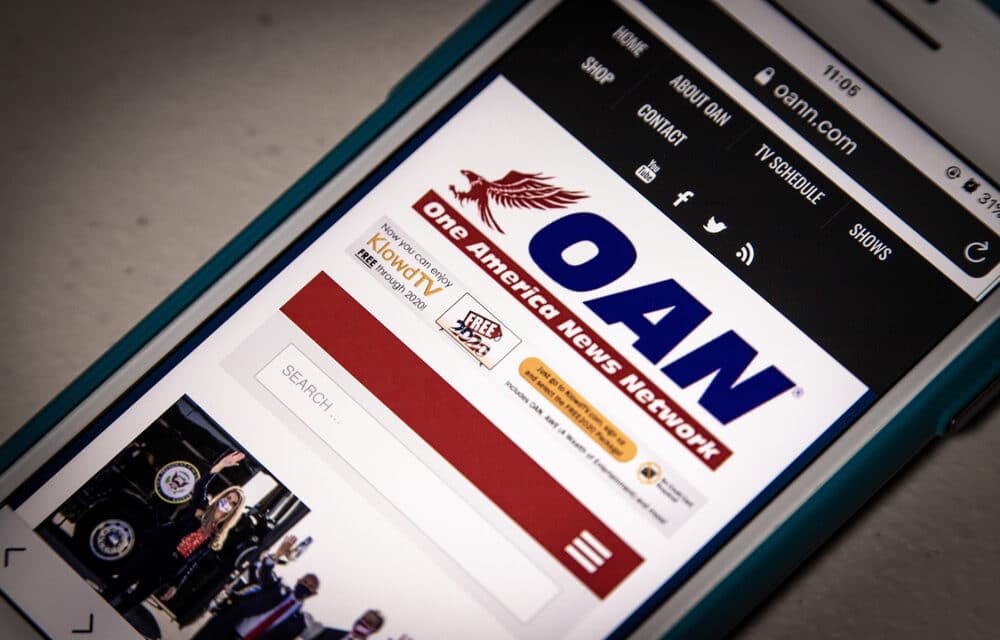 (OPINION) U.S. satellite broadcaster DirecTV said on Friday it will drop far-right channel One America News (OAN) from its service when its contract expires, in a blow to the popular news network.

Reuters reported that OAN, which rose to prominence amid the triumph and tumult of the administration of then-President Donald Trump, has been criticized for spreading conspiracy theories about the COVID-19 pandemic and the 2020 election.

“We informed Herring Networks that, following a routine internal review, we do not plan to enter into a new contract when our current agreement expires,” a DirecTV spokesperson said in an emailed statement to Reuters. AT&T has a 70% stake in DirecTV, after last year spinning off the satellite service, now an independently managed company.

According to USN, The U.S. telecommunications company entered into a deal with Herring Networks Inc in 2017, which included OAN and a little-watched lifestyle channel, AWE. DirecTV began carrying the networks in April that year. OAN and Herring Networks could not immediately be reached for comment outside business hours.

AT&T has been a crucial source of funds for OAN, providing tens of millions of dollars in revenue, a Reuters investigation found last year. Ninety percent of OAN’s revenue came from a contract with AT&T-owned television platforms, including DirecTV, according to 2020 sworn testimony by an OAN accountant.

DirecTV’s contract expires in early April, according to Bloomberg News, which earlier reported the development. This report comes only days after President Joe Biden appealed to social media giants and media outlets to stop allowing “misinformation” and “disinformation” to continue on their platforms.

“I make a special appeal to social media companies and media outlets — please deal with the misinformation and disinformation that’s on your shows. It has to stop.”  It also follows recent outrage over Joe Rogan,

who hosts the most-listened-to podcast on Spotify, which has now been labeled a “public health menace” by repeatedly promoting falsehoods about COVID-19 on his show, according to a group of doctors and health professionals who are demanding that podcast giant Spotify remove his program from their lineup.