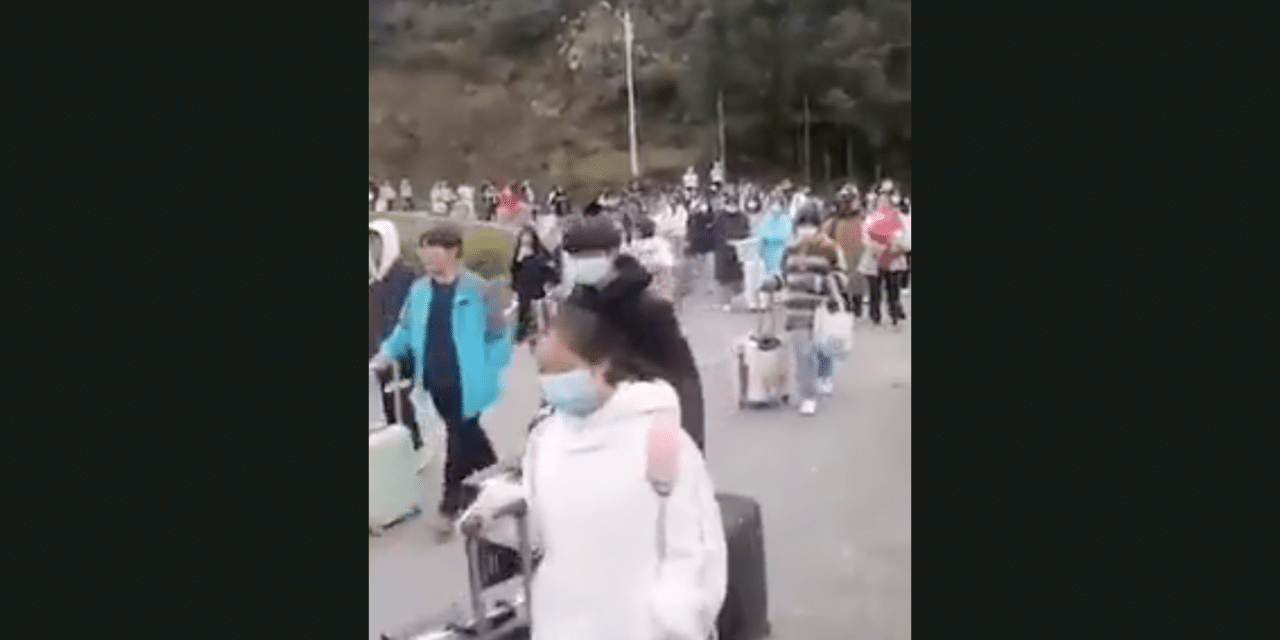 Chinese authorities reportedly raided dozens of homes in the middle of the night and forced people onto buses to quarantine camps under the world’s strictest lockdown.

According to TheSun, The country is racing to control one of its worst outbreaks in a single city since the beginning of the pandemic with a sweeping lockdown and draconian restrictions. The 13 million people living in the northern city of Xian have been banned from leaving their homes –

even for essential reasons like buying food – to squash the rising tide of Covid infections. The harsh lockdown comes as a string of hugely positive studies show Omicron IS milder than other strains, with the first official UK report revealing the risk of hospitalization is 50 to 70 percent lower than with Delta.

Trixabia went on to report that Covid booster injections protect against Omicron and offer the best chance of weathering the pandemic, health officials have repeatedly said. The Sun’s Jabs Army campaign is helping get vital additional vaccines in the arms of the British to avoid the need for further restrictions.

But China is clearly sticking to its zero-tolerance approach to Covid – with reports of residents being dispatched to quarantine camps in the middle of the night. It’s unclear how many people were ordered to leave during the midnight eviction, but one person said they saw 30 buses, while another claimed as many as 1,000 people were displaced, reports BBC News.

People said they had waited several hours on the buses and those taken to the quarantine facilities included the elderly, young children and pregnant women, according to reports. A photo of an old man alone in the cold as he waited to be put on a bus has reportedly gone viral online.