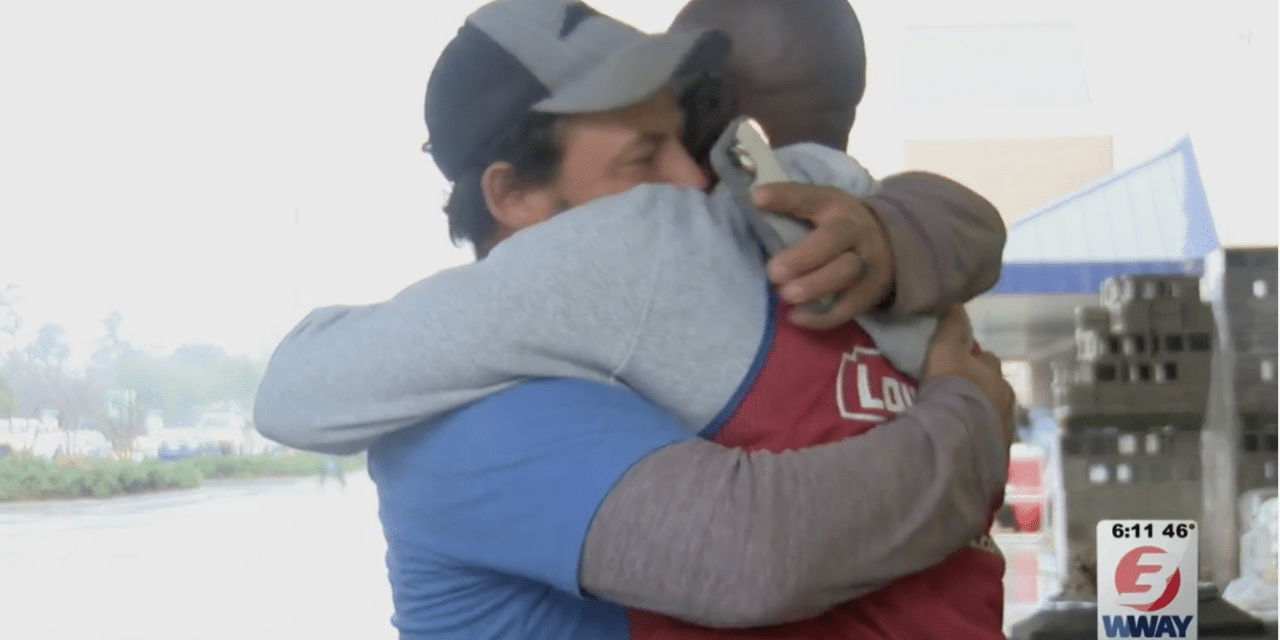 Drew Ritter, who runs a homeless ministry and is no stranger to good works, recently decided to once again solidify his good samaritan status after learning that a hardworking dad in his community was in desperate need of a car.

According to Faithwire, Ritter frequently visits Lowes Homes Improvement in Wilmington, North Carolina, for work. That’s where he spoke with Lowe’s employee Eric Lengeni. Like so many Americans, Lengeni, 48, fell on hard times during the COVID-19 pandemic, forcing him to bike to work each and every day, regardless of the weather. According to wwaytv3

“He’s one of the most dedicated people I’ve ever worked with,” said one manager. “And I’ve been here 16 years.” Never late a day in his life, the 48-year-old father fell into hard times during the pandemic and now bikes to and from work, rain or shine.

“And he rides his bike to work in all weather eight to ten miles each way,” said Drew Ritter, who donated his truck Tuesday. After months of saving up, Lengeni began looking for another car, asking Ritter if he knew of any cars for sale after a particularly difficult commute.” “It’s really hard and it’s not safe because Wilmington doesn’t have some bike lanes,” Lengeni admitted. “So it’s kind of dangerous biking back and forth to work.”

Ritter stated that he had considered selling his or trading in his vehicle for a new one. but running a homeless ministry, he’d had many people donate cars to his non-profit in the past. He decided this was his chance to pay it forward.

“I felt in my heart and God telling me I need to give him this car,” Ritter remembered. After raising more than $3,200 on GoFundMe to fix up the used Jeep, Ritter dropped the car off at Lowes Homes Improvement. Lengeni was thankful for the vehicle. “I feel really good and I feel really blessed.

I’m really happy.” He’s most thankful for what the gift will enable him to do. Now that he won’t spend more than two hours biking, he can spend more time with his family. “It will help me out,” Lengeni smiled, “because I have a seven-year-old son. I’d just like to see him more often. Knowing I don’t have a car, it was really hard for me to see him. Now that I have a car, I can see him more often.”